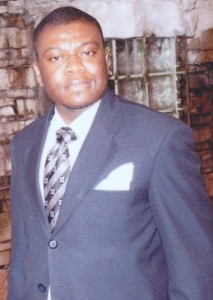 During my eighteen days vacation in Ghana recently, I had the opportunity to visit certain places in Accra and one thing I observed among the numerous observations was the reader apathy a lot of Ghanaians are having now a days.

Talking about reader apathy means, lack of interest or concern shown by many people to pick a news paper of their choice is it a state news paper or a private news paper to read and know as well as understand issues pertaining in the country.

Right from the roadsides of Teshie through to Accra General Post Office, from Thirty Seven Military Base to Ayi Mensah barrier, one could see tens of young boys and girls with newspapers folded on their arms chasing cars in an attempt to sell to drivers or passengers who either speed off or roll up their car louvers. SAD.

The story was even worse at various lorry stations and other vantage points where these news vendors have erected their news stands and selling news papers.

Suppose teachers, nurses, students, doctors, engineers and ordinary civil servants walk past these newsstands without bothering to turn their head and look at even the headlines to attract them to pick a copy for their own reading and understanding of the issues raised in the papers.

Here I asked myself, is it because the newspapers are too many in the system that the reading public does not know which one to pick and read or they are just not interested in picking a copy to find out what is happening in the country.

Have they lost confidence in these newspapers that the news they present does not serve their interest as first and foremost every newspaper is suppose to feed its community of events unfolding.

As I stood still at one of the newsstands atÂ  Kwame Nkrumah Circle, looking at the numerous newspapers with drying pegs hanging on thin thread I wondered how all those stories were going to, garbage? Leaving the people uninformed?

Whiles trying to find a clue to the abandoned newspapers a guy told me brother, before the papers hit the stand the radio stations have already read them on their airwaves so no one feel like picking a copy and read it himself.

That may be true but aside that, what I discovered which might be the main cause of reader apathy wasâ€ HE SAID, SHE SAIDâ€ style of reporting news which the people no more want to read from the newspapers.

Then came into my mind what my magic mentor Mr. A.C.Ohene, told me as a budding journalist some yeas ago. Right from day one when I started working under him at the Eastern Region office of the Ghanaian Chronicle,â€ My friend if you want to succeed as a good journalist, avoid he said, she said reportingâ€.

Having submitted my report from an assignment, he will go through and ruled out,â€ the minister has said, he has observed, noted, warned, and calledâ€ and what have you as opening or lead paragraph.

â€œTell me what happened thereâ€, he will query me and by telling him exactly what happened from the time of arrival to the closing of the event, he will lead me to file a different story which is worth reading, educating and informing different from â€œhe said, she saidâ€ style.

But now you pick a newspaper to read and every news item begins with,â€ the president has stated that, the minister forâ€¦.has observed that, the chief and people ofâ€¦.have, the security commander has noted thatâ€ which the people are no more interested in those stories therefore the reader apathy.

The Daily Graphic did a wonderful job by burying claims by the information ministers that less than four years the government has created jobs for 1.6million people in the country. Instead of using that claim from a press conference as a front page story, the editor of the paper used a terrible accident which claimed many lives as such.

Another case of study was the president claim in his state of the nation address that Adenta water problem was gone forever where the residents interviewed by Joy F.M. denied that claim by the president, good job Joy F.M.

It is so disturbing currently to realize that almost all the stories publish in the newspapers are assignment stories where if it is not a press conference, it is a statement signed and issued where everything must be according to the informer.

It is time journalists have to prepare questioners for daily investigations, interviews and cross checking of facts. Journalists have to be very observant and divergent in their views as well as having it at the back of their mind that serving a community have to always be on a look out for insightful stories that will inform, educate and entertain the public by so doing the reader apathy sickness will go away.

Here in Toronto, one does not feel okay if he misses picking a copy of newspaper Metro news or the 24Hour news because you do not have time to sit down and watch Television or listen to radio. With the news paper even at your spare time during break or lunch at work can glance through and know what is happening in the world over.

Let us encourage people especially the school going age to develop special interest in reading at least one newspaper a day at least it will sharpen their reading skills, improve their understanding of societies they live in and add colour to their wisdom.

Whiles we encourage the youth to read the newspapers, publishers, editors and reporters must also be made aware that;â€ he said, she saidâ€ is no more news.