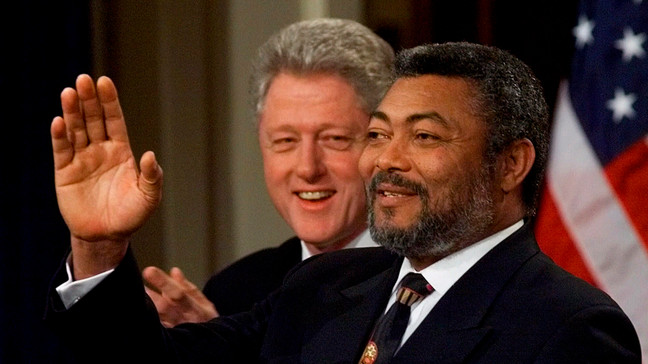 Rawlings attended the ACHIMOTA school where he met his wife Konadu Agyemang Rawlings with whom he had four children.

The man who holds, the record as Ghana’s longest serving president ruled the country for 20 years. 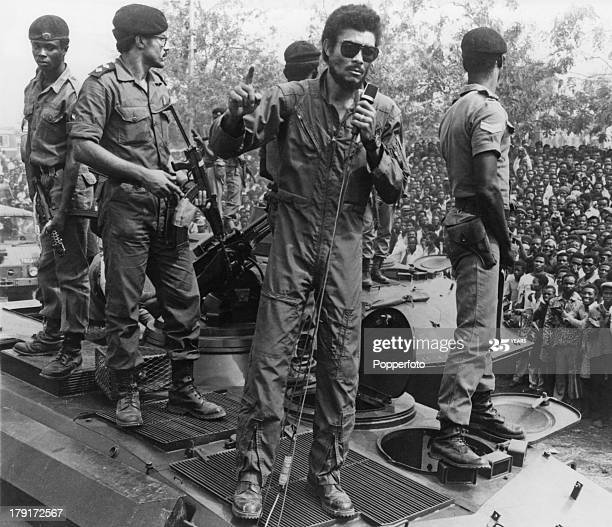 In 1979, he rose to power and fame following a coup de’tat that brought him to power as a military leader.

Rawlings had led an earlier coup in the same year but wasn’t successful.

After the 1979 Coup, The AFRC led by Jerry John Rawlings relinquished power to the people of Ghana.

On 31st December 1981, Rawlings would come back and lead another Coup to overthrow then president Hilla Limann.

Those years under Rawlings were some of Ghana’s most controversial years.
Coupled with a strong sense of accountability and a robust military control, Rawlings built a strong reputation for himself.

In 1992, Rawlings left active service and formed the NDC(National Democratic Congress). He contested the 1992 elections and won.

That was the beginning of Ghana’s fourth Republic.

In 2000, Rawlings finished his eight year Term as president.

Key amongst his legacies is the University of Development studies which he built from seed money he won.

Rawlings’ daughter took up her fathers footsteps and is currently the member of parliament for korley Klottey constituency.

Jerry John Rawlings died on the 12th of November 2020.