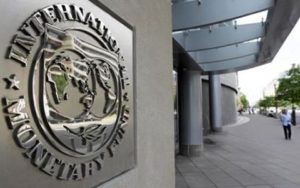 The current threat of a possible terrorist attack on Ghana has forced an IMF review mission to the country to be postponed.

Joy Business is learning that the postponement was influenced by a warning by the internal security of the Fund.

Sources say the mission’s visit will come on from next week after some engagement with Ghanaian authorities to discuss risk mitigating measures to be adopted.

The visit by the IMF mission which should have happened from today Tuesday, April 19, would have been the third review of Ghana’s performance under the program.

So far Ghana has passed all the two reviews, resulting in the disbursement of over 300 million dollars to the country.

A leaked memo from the security operatives in the country last week confirmed that Ghana and Togo are the next targets for Islamist militants, following high-profile attacks this year in Burkina Faso and Ivory Coast. The memo called for better border protection.

The review by the IMF mission is seen by many as critical because if government passes the test, it will not only pave the way for the release of about 116 million dollars but convince investors that government is on track to stabilizing the economy and implement programs, especially, in election a year, to march revenue with expenditure and control the rising debts.

Ghana’s debt stood at 97 billion Ghana cedis as at December 2015.

According to the leader of the IMF mission to Ghana, Joel Toujas Benarte, the country is on track so far in meeting most of the targets set under the three-year program that will see almost one billion dollars released to Ghana by 2017.

Ghana last year initiated the IMF program to help stabilize the economy, restore market confidence , and help reform the structure of the economy.