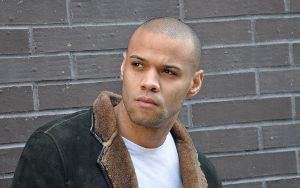 Jay Ghartey is an innovative singer/ songwriter/ producer who skillfully fuses his Ghanaian/ American background into the sound and feeling of his music. His style smoothly transitions between Pop, R&B, Hip Hop, highlife and hiplife; creating a genre of music that is distinctly his own.

Jay Ghartey was born in the U.S. and moved to Accra with his family at the age of 9. It was in Accra that his grandmother, a famous Ghanaian singer in her time, taught him the importance of singing from the soul.

Jay began performing at the age of 10, originally as a rapper. He formed a group called Chief G and the Tribe, which included his biological brothers and current stars Kwaku T and Abeku. At its peak Chief G and the Tribe performed on some of the biggest stages in Accra and will go down in history as one of the first rap groups in Ghana.

After leaving Ghana to finish High School in America, Jay settled in NY where he honed his skills as a vocalist. He credits artists such as Bob Marley, Sade, Dr Dre, Alpha Blondy, Prince and LL Cool J with inspiring him to pursue music as a full- time career, though he never forgot his grandmotherâ€™s philosophy that music is a calling.

As a professional recording and performing artist, Jay Ghartey sees himself as a custodian of popular culture and his vision is that all artists- especially musicians- return to the sacred fundamentals of being creative and truthful, as it is their privilege and responsibility to influence and reflect the values, mood and style of their generation.

It is important to Jay that he is true to his Ghanain musical roots while fusing those sounds with his American influences of hip hop and R&B.Â  He feels that with all of the exceptional music and talent coming out of his native land, Ghanaian music should have its place in the international market in equal standing to other genres such as reggae and Latin music; failing to do so only because of the lack of exposure. 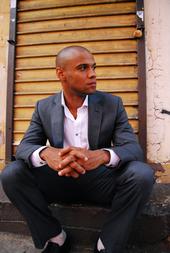 This young artist is a fan of current Ghanaian artists such as Okyeame Kwame and Praye and finds their music exciting as well as inspiring. He also looks upon older artists such as Kojo Antwi and George Darko with great respect. Aside his Ghanaian counterparts, Jay is also a fan of Nigerian artists P Square and looks forward to working with them in the future.

Jay writes, arranges and produces most of his own music with his brother and business partner Joe Ghartey.

Jay recently recorded his first two singles, Me Do Wo and Black Star. With both tracks, the artist has paid homage to his Ghanaian heritage and proven that his pro- GH stance is not just populist talk or misguided sentimental idealism.

In the first single â€œMe Do Woâ€- an up-tempo love song about leaving home to make money in the America- Jay has collaborated with Ghanaâ€™s hiplife superstar Okyeame Kwame.

His second single is at once a reflection of Jayâ€™s patriotism and his passion for sports. He was a nationally ranked Track and Field star in the U.S and received a full athletic and academic scholarship to play American football in University.

â€œBlack Starâ€- an unabashed club anthem- is a heart- felt expression of Jayâ€™s fanatical support of Ghanaâ€™s national soccer squad, even prior to their qualifying for the 2010 World Cup tournament.

Both releases have club and highlife/hiplife remixes. Jay intends to shoot music videos for both tracks in Ghana and is starting pre- production work on â€œMe Do Woâ€ featuring Okyeame Kwame in mid- September.

His full album release titled â€œGH Brothers introducing Jay Gharteyâ€ is scheduled for release in November of this year.

There is no question that the introduction of Jay Ghartey onto the music scene is both a triumph for Ghana and a refreshing new sound for music lovers around the world.