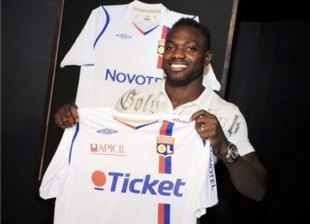 On-loan defender John Mensah could be handed his first start when Birmingham travel to Wearside for a Carling Cup tie tomorrow.

New boy John Mensah could be set to make his full debut in tomorrow’s Carling Cup tie against Birmingham City at the Stadium of Light, Sunderland manager Steve Bruce has revealed.

Mensah, 26, has made only one substitute appearance for the Black Cats after red tape held up his season-long loan switch from French giants Olympique Lyonnais. The Ghanaian international figured late on in the 4-1 win over Hull City in Sunderland’s last home game and could now start against Alex McLeish’s Birmingham.

The game gives Bruce a chance to re-assess his defensive options following the disappointing defeat at Burnley, where Mensah was an unused substitute.

The Stadium of Light also revealed that Paraguayan defender Paulo Da Silva is in the frame, adding: “People like Paulo and John need to play.

“They come into the equation, although there won’t be the wholesale changes seen in the last round as some of those personnel have now left the football club.

“I will be looking to give a game to a few players that need it because that will be good for them.”