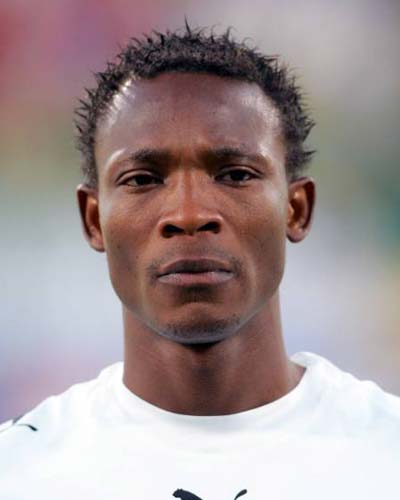 Fulham defender John Pantsil will return to full training on Thursday after a three-month injury absence. The 28-year-old says he expects to return to full action for the Premier League side by next month. The Ghana international has not played since sustaining the damage to his right knee during their clash with Chelsea in December.

Pantsil said: “I thank God that things have gone on well for me as I am starting full training from Thursday.” “I have been going through physiotherapy, running and kicking for about three weeks now and I am now ready to join the first team. “The officials here at Fulham have done an amazing job on my injury and I want to repay the team with good performances when I return hopefully early next month.”

During his absence, Panstil underwent an operation to cure the posterior cruciate ligament problem but admitted his time on the treatment table has been difficult.”It wasn’t easy. It was a bit frustrating for me sitting on the sidelines and watching my colleagues play,” he said. “The good thing is that my colleagues at Fulham played their hearts out for the club to keep the momentum going and now I am also ready to help.”My colleagues did very well and their performance in the Europa League has been fantastic and it is really exciting for me to join them again.”

The injury prevented Pantsil from playing for Ghana at the Africa Cup of Nations in Angola in January.The defender is confident he will be good form for the Black Stars for the World Cup in South Africa in June. “It is difficult missing the Nations Cup but with me returning from injury now, I can play some four or matches for Fulham before the season ends,” the right-back said.”This means I will be fully fit and ready to play for my country at the World Cup.”

Ghana will face Germany, Serbia and Australia in the group stage of the World Cup which stars on 11 June