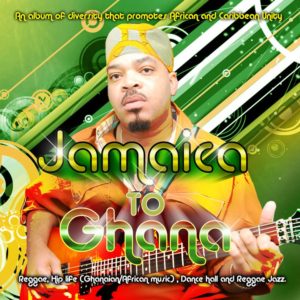 The song Titled Jamaica to Ghana was written and composed by John Quansah a.k.a. John Q. The song feature Jah Tempo, Ed Robinson, Lady S and Tilly Beng (who are from Jamaica) and Bright of Buk Bak from Ghana. Hence the title Jamaica to Ghana
The video was produced by Patrick Anim Addo and directed by John Q.
Artistes of the song are all singers at John Q Records. Except the Producer Ed Robinson.
The song was done in Ga, Fanti , Twi, Jamaican Partua and English.
John Q did the song to promote African and Caribbean unity since he is a Ghanaian with roots in reggae music.
He dedicated the song to The Honorable Marcus Garvey and Kwame Nkrumah.
The song is actually titled “Jetsele” which means it is morning time but since people will not be able to spell it the song was title “Jamaica to Ghana”