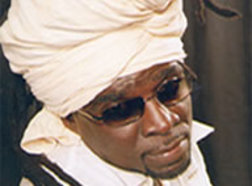 Most people after waiting for these long years thought we had heard the last of the Maestro especially against the background that he was expected to release last year.

Again early this year there were indications that the Maestroâ€™s album was ready for release. Several articles were published and entertainment industry players probably doubted his ability to hit the market as big as he has always done.

Kojoâ€™s 13th album has probably hit the music industry bigger than any of his previous albums have. Over the years he has released hit after hit and mwaah is no different. When he released Tattoo four years ago it was adjudged his best work yet but what Mwaah has effectively done is to show the depth of experience and the huge talent Kojo has.

Affectionately called Mr. Music man and referred to as Superman in other quarters he has indeed proved his worth and place in the music industry with his latest album.

As usual his album has been pushed to the top in terms of price by overwhelming demand. He has proved that he is indeed at the very pinnacle if not the pinnacle of Ghana music. The quality of songs and diversity of rhythm and style on the album is simply amazing.

In fact the four year wait has been worth it, the album is a classic and already it is ruling the airwaves, the songs on the album are those which makes one miss a heart beat and the depth of the songs are unparalleled.

Kojoâ€™s numerous fans and lovers have had about his best on this album which also features some great talents among which are Nana Yaa, Frankie Paul, Freddy Meiway, Beverly Fawiah, Prickie Yharhey and Dyloot. Engineering work on the album was done by Zapp Mallet, Kwame Yeboah and Apietus, all very renowned in this endeavor. Kojo assembled the best and produced one of the best albums the continent has seen.

In the face of opposition and public pressure from both fans and his detractors the Maestro did not succumb but maintained his cool and produced this wonderful piece.

In a chat with the editor of http://www.pinncalegh.com Kojo indicated that at no point in his career had he just released an album, his albums are well work on again and again until such a time when he felt they were okay for release.

Even at that point one would have to consider a lot of factors before releasing the album.In a matter of days of the albums release, it has taken over the market and the Kojo fever is spreading like wild unguarded fire.

He has indeed re-emphasized his place on the Ghanaian music industry and you can not blame the public and awarding institutions for consistently showering him with awards. He always distinguishes himself and has done exactly that this time.

The music awards next year will certainly be dominated yet again by the maestro. http://www.pinnaclegh.com can confirm that the maestro will soon release a video â€œAdiepenaâ€ as he is shooting now. Please stay tuned for a review of the album.