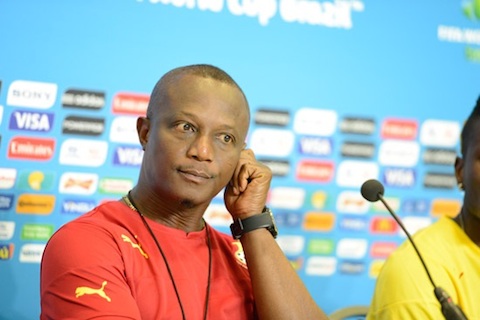 The ex-Ghana captain arrived in the country last week and has been introduced to President Nana Addo Dankwa Akufo Addo and Sports Minister Isaac Asiamah.

His re-appointment happened early April after beating Hugo Broos and Willy Sagnol in an interview session.

Appiah has five games coming up in three months.

His first assignment will be in June when he plays Ethiopia in the 2019 Africa Cup of Nations qualifiers.

Then two international friendlies against Mexico and USA on the 28 June and 01 July respectively.

Appiah will also assemble a home-based side to face Burkina Faso in a 2018 CHAN final round qualifier over two legs.