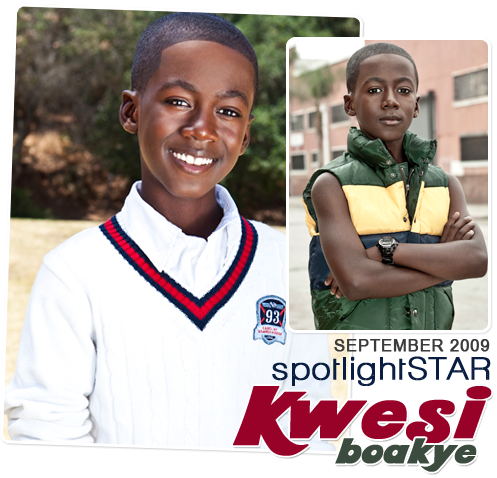 Tyler Perry is the master at discovering new talent and inaugurates two young rising African stars 10-year old Kwesi Boakye and Hope Olaide Wilson, to his latest number one film â€œI Can Do Bad All By Myself.â€ The film hit theaters on Friday, September 11th. The red carpet was rolled out for the screening, held several days prior in the heart of Chelsea, Manhattan. The premier generated a media frenzy as we all waited in line to get the best shot, sound bite or a quick interview from the all star cast: Taraji Henson, Gladys Knight, Mary J. Blige and Tyler Perry.

In all of Tylerâ€™s movies there is always a message of hope and faith. He also believes strongly that, â€œSomebody has to give the underdog a chance. As you will see in this movie there is a lot of new and great talent.â€

Tyler Perry is not the only one bragging about his new faces to the Hollywood screen, for Taraji Henson describes Kwesiâ€™s performance in an interview as impressive and amazed at his ability to cry on cue. Kwesi modestly describes his crying techniques as just being easy, â€œI just think about something sad like how my dog got hit by a car and then I cry.â€

For many adult actors, memorizing lines can be a challenge, but for Kwesi his photographic memory allows him to learn a script of any length with ease. â€œI am unsure of what the longest script I have had to memorize is,Â  but it was definitely double digits, one hundred percent.â€ He described working on set with so many celebrities generated a little nervousness initially but overall â€œTyler Perry is cool, a lot of fun and he is like a big kid.â€

At such a young age he has a lengthy resume that includes a list of television appearances on multiple episodes of â€œDays of Our Lives,â€ â€œDay Break,â€ and â€œBoston Legal.â€ His talents are not limited to being on-camera. He has contributed his voice to countless animated series and is most noted for his performance on the Award Winning animated feature, Happy Feet. One may assume with such a busy schedule that he is home schooled. Surprisingly enough this confident, humorous and wise beyond his years kid is about to enter the 5th grade with a straight â€œAâ€ average. â€œMy favorite subject is Math because it is challenging and I like challenges, then I eventually get it.â€ When he is not auditioning he enjoys playing basketball and reiterates, â€œI have been playing since I was three.â€

These two rising stars are not your typical Hollywood child actors; they come from families of humble beginnings that instill values and a belief system that all things are possible through hard work, preparation and dedication. Like Kwesi, his co-star Hope excelled in school and upon her entering into the American high school system she skipped three grades and graduated from high school at the age of 15.

Overall, when you are on set or in the classroom there is always an opportunity to learn something new. Kwesiâ€™s greatest lesson from working with Tyler Perry was, â€œI learned how to ad lib.â€ This naturally poised and articulate 10-year old concluded our interview with one key advice for aspiring young actors â€œAlways keep your head up and never keep your head down.â€