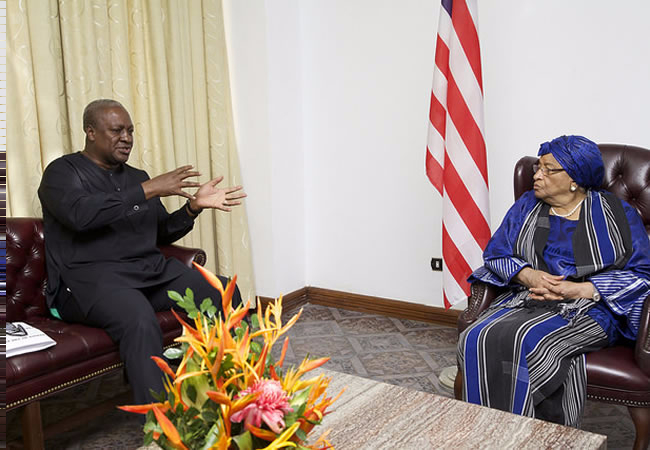 Ghana’s preparation to effectively contain any possible outbreak of the deadly Ebola virus is firmly on course, President John Mahama has emphasized.

The disease has killed close to five thousand people in Guinea, Liberia and Sierra Leone.

But no infection has been recorded in Ghana which President Mahama in an interview with the BBC attributed to God’s intervention.

“It’s an act of the almighty God that we have not had an incident yet. Like I said Ebola knows no boundary so we need to keep preparing for any eventuality.”

He reiterated the need for all countries to contribute to bringing the disease under control in the three most affected countries.

He also discounted the notion that the virus may be lurking undetected in Ghana.

“Ebola is not something that can go undetected. If it arrives you will notice it. People will start dropping dead before your very eyes. There is no Ebola in Ghana yet,” he asserted.

President Mahama also praised Nigeria for effectively eradicating the disease from that country.

The World Health Organization declares Nigeria officially free of Ebola – hailing it as “spectacular success story” – after six weeks with no new cases.

Meanwhile, the numerous calls from President Mahama and other West African leaders for increased global support in dealing with the disease appear to be yielding some positive results.

Israel has announced it is sending volunteers and logistics to Ebola affected countries.

Deputy Chief of the Mission to Ghana, Yohav Katz, announced this on a visit to Joy FM.

Tow medical mobile units are being deployed to Sierra Leone and Liberia. They have also not banned flights or people from Ebola stricken countries from entering Liberia.

In a related development, ECOWAS leaders will be holding another meeting in Accra next month to discuss how to contain the disease.