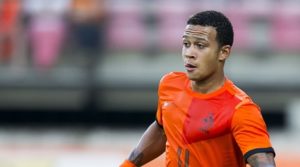 Dutch/Ghanaian footballer Memphis Depay joins Manchester United for a reported transfer fee of £22m, both Manchester and his old team PSV Eindhoven from The Netherlands have confirmed. He will first be subjected to a medical test.

The deal, as reported by the Guardian last month, was announced on the Dutch side’s official Twitter feed on Thursday morning and confirmed by on their official website.

“PSV and Manchester United have reached an agreement on the transfer of Memphis,” said the statement.

One of the hottest properties in Europe, Depay has been in stellar form this season, helping PSV win the Eredivisie with 21 goals in 28 games.

Depay has a Dutch mother and a Ghanaian father, but they diverced when he was four years old. Depay plays for the Dutch national team and impressed during the 2014 World Cup in Brazil.