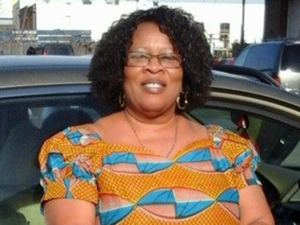 Manitoba’s Ghanaian community is looking for a way to help after a U.S. border guard found a woman’s body less than a kilometer south of the Canadian border in Minnesota last week.

Mavis Otuteye, 57, who police believe is a citizen of Ghana, died while attempting to cross the border, police said. They believe she died of hypothermia.

“This is very disturbing. I don’t know; I wish there was something more that we could do,” said Maggie Yeboah, president of the Ghanaian Union of Manitoba.

“Possibly if we can go there and see if we can help with any arrangements that need to be made,” she said. “We can’t leave her body … without doing anything.”

Last week, Kittson County sheriff’s department in Minnesota received a call about a missing woman. Otuteye’s body was found two days later in a ditch not far from the Canadian border, west of U.S. Highway 75.

The fields around the border town of Emerson, Man., just north of Minnesota, have become a pathway for hundreds of asylum seekers hoping to make a refugee claim in Canada.

In the first four months of this year, the RCMP intercepted 477 asylum seekers in Manitoba, federal government figures state.

They make the perilous trek overland rather than going through the official port of entry because under the Safe Third Country Agreement between the U.S. and Canada, asylum seekers must make refugee claims in the first country they reach. That means those coming from the U.S. would be turned back at the border.

However, if they cross somewhere other than an official port of entry and are able to get into Canada, the United Nations Refugee Convention requires Canada to hear their refugee claim.

Yeboah said she knows of other Ghanaians who have made the journey and has heard about the dangers of the trek.

‘May she rest in peace’

“This is something that we’ve been praying that it doesn’t happen, especially when we found out about Seidu [Mohammed] and Razak [Iyal],” Yeboah said.

Mohammed and Iyal lost their fingers after getting severe frostbite when they crossed into Canada seeking asylum on Christmas Eve 2016.

Mohammed, 24, said he was devastated Tuesday when he heard the news about the death.

Mohammed said asylum seekers need to plan ahead before making the trek across the border, but he won’t tell people not to cross — he says it may be their only option and could mean life or death if they’re at risk of being deported from the U.S. to their home country.

That’s what he feared after he was outed as a bisexual man, he said.

Call for protection for asylum seekers

Iyal, 35, said he was deeply saddened by the news.

“I’m very very disturbed,” he said adding he wants to see protections put in place for asylum seekers who are trying to get into Manitoba at official border crossings.

Mohammed applied for asylum after arriving in Winnipeg and was granted refugee protection this month. Iyal is still waiting to learn his fate at a June hearing.

Yeboah has a lot of questions about Otuteye — who was she? What led her to risking her life to cross the border? Did she leave children behind?

“Death is death everywhere, but this is very serious to us.”