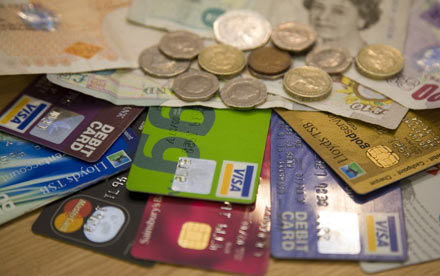 Nearly 100 central bankers and other financial policymakers gathered in Nairobi on Monday for the official launch of the Alliance for Financial Inclusion (AFI), a coalition of countries from the developing world committed to making savings accounts, insurance, and other financial services available to millions of people living on less than $2 a day.

A statement from AFI received in Accra on Monday said research had shown that better access to financial services can fuel economic growth by raising national income via increased savings and investments in poor households as well as in small and medium enterprises.
â€œThis access also enhances financial stability by injecting formal savings into the system, diversifying the capital base, and providing stability during global downturns. Yet, an estimated 2.5 billion people â€“ over half the world’s adult population â€“ do not have access to savings accounts and other financial services,â€ the statement said.

AFI said its global network would enable developing countries to share knowledge so they can more effectively develop and implement policies designed to expand access to financial services. It brings together central banks and others representing nearly 70 percent of world’s unbanked and the network will develop and implement policies to reach millions across developing world.

It said while many of the smartest policies to expand financial access had come from developing countries â€“ such as mobile phone money transfer services in Kenya and agent banking in Brazil â€“ knowledge of these solutions was scattered in pockets around the globe.

â€œThe unique aspect of AFI is that it puts us members in the driver’s seat to identify and create solutions to increase the availability and choices of financial services in our own countries,â€ said Tarisa Watanagase, governor of the Bank of Thailand and AFI member.

â€œSince we understand our countries’ circumstances better than outside organizations, AFI creates an exceptional forum for us to share policies that work and learn from other policymakers about solutions that work for them,â€ Watanagase said.

Based in Bangkok, Thailand, AFI is managed on behalf of its members by the German development organization Deutsche Gesellschaft fur Technische Zusammenarbeit (GTZ) GmbH and supported with a $35 million grant from the Bill & Melinda Gates Foundation.

â€œThe most realistic and successful solutions for including poor people in the formal financial system are being innovated among our members in developing countries,â€ He said.

This grant is part of the Gates Foundation’s Financial Services for the poor initiative, which is working with a wide range of public and private partners, to harness technology and innovation to make safe places to save and other financial services accessible to poor people in the developing world.

AFI is a global network of central banks and other policymaking bodies in over 60 developing countries.

AFI provides its members with a learning platform for peer to peer knowledge exchange on financial inclusion policies that work, and grants to help implement them.