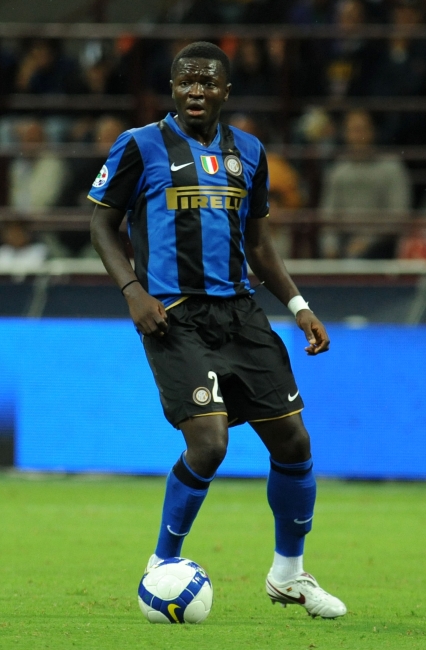 half of Sundayâ€™s clash with Bari because he was suffering in the heat given his commitment to Ramadan.

The Ghanaian midfielder was taken after just 30 minutes because he struggled to cope with the searing heat as he had to avoid eating or drinking during the day. Ramadan is the month when it is required of every Muslim to fast from dawn to dust at the dictates of God.

The Ghanaian is a Muslim and coach Jose Mourinho explained that in his view: “Muntari had some problems related to Ramadan – perhaps with this heat it’s not good for him to be doing this (fasting). “Ramadan has not arrived at the ideal moment for a player to play a football match,” opined Mourinho.

During the month of Ramadan, practising Muslims fast between daylight hours, abstaining not only from food but also drink, including water. Such a practice is made that much tougher in the summer months in Europe when the days are longer than in Arabia, where the religion was founded, and humidity as well as temperature creeps up.

Much of Italy is currently experiencing temperatures between 35 and 40 degrees Celsius while sunset is at around 6.30am and sundown not until around 8pm. That means a Muslim would have to fast for more than 13 hours and for a professional sportsman that challenge becomes even harder.