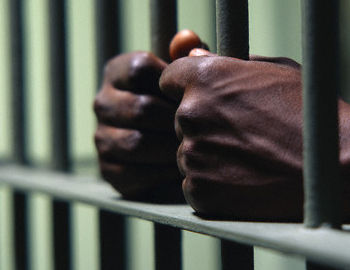 The Attorney-General and Minister of Justice, Madam Betty Mould Iddrisu, has revealed that nearly a thousand people have been wrongfully imprisoned eventhough their warrants had expired.

Madam Betty Mould Iddrisu, who was clearly repulsed at aggrieved at the plight of the these people, disclosed that the problem had arisen as a result of poor tracking system and permanent lack of efficiency on the part of those who in charge.

â€œThere must be some thousand people in prison at the moment whose arrest warrants have expired but they are still in jail. Under the Criminal Justice System, there is no basis under the law for them to be where they are,â€ she lamented.

The prison currently holds 2950 inmates instead of the original capacity of 717.

She however disclosed that her ministry will as a matter of urgency, look into various lapses at the prisons and â€œreinforce a more restorative justice system.

â€œThe system we have currently is more punitive than reformative, and itâ€™s out-moded. Restorative system of justice is much betterâ€¦.Taking Judges and Prosecutors to see the living conditions in the prisons is not the way, it wonâ€™t solve it. Itâ€™s a systemic and endemic problem, and we must fashion out ways of addressing them,â€¦ itâ€™s a deplorable situation, it is absolutely deplorableâ€¦ it should not happen in Ghana, she said