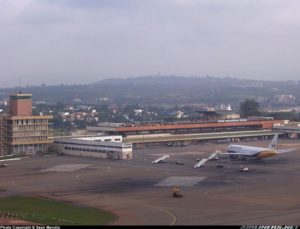 The Government of Ghana is to build an additional airport in the Western Region to serve the needs of the business community, especially the budding oil sector and other emerging business opportunities.To this end, government has tasked the Ministry of Transport (MOT) to conduct feasibility studies on an identified location, which would lead to the commencement of the project early next year.Eric Tetteh, Planning Officer at MOT, who announced this at the first meeting of the Inter-Ministerial Committee on Tourism in Accra last week, said the ministry would later this month begin feasibility studies in the area.The meeting discussed, among other issues, what the various Ministries, Departments and Agencies (MDA) that formed the membership of the Inter-Ministerial Committee were doing to improve infrastructure such as roads, airports, rail and communication facilities at tourist sites to boost patronage for the sector.It also discussed simplification of visa processing and acquisition for overseas visitors, sanitation improvement and beautification of Accra and other urban centres, data collection on visitors to the country and the streamlining of activities for improved results.Mr. Tetteh said the move to build the second airport in the Western Region formed part of the MOTâ€™s policy to make the country an aviation hub.He said the new airport would be responsible for all commercial activities in the region, while the existing one would take care of activities of the security agencies, the main reason for which it was built.Mr. Tetteh said the Ministry was also working to position the Tamale Airport as an international one by improving its infrastructural facilities, adding that measures were being put in place to improve safety and security at the ports, a situation that would boost the confidence of tourists and investors.He said government was also working to attract public private partnership for the project as well as construct new rail lines to tourists and commercial sites to boost investment.Sarbah Zita Okaikoi, Minister of Tourism said government was poised to develop the countryâ€™s tourism sector to become the preferred tourist destination in Africa, which would contribute immensely to the countryâ€™s economy.In a speech read on her behalf by Koby Acheampong, Deputy Minister of Tourism said the tourism sector offered huge potential in terms of foreign exchange earnings, revenue generation and employment creation, stressing that government was poised to develop and promote it both locally and internationally.She said the countryâ€™s tourism sector could stimulate the growth of other sectors such as agriculture, manufacturing, construction, transport, financial and ancillary services.She however noted that this could only be achieved if stakeholders foster and strengthen necessary inter-sectoral collaboration and called on members of the committee, the private sector and other stakeholders to effectively participate in the meetings to develop the sector to create wealth.â€œIt cannot be disputed that the multi-faceted and multi-dimensional nature of tourism development in terms of the resource/product development, packaging and marketing is a huge task which require inter-sectoral collaboration and coordination with relevant public and private institutions and development partners,â€ she said.Rojo Mettle-Nunoo, Deputy Minister of Health disclosed that government was working to re-equip the Ghana Ambulance Service by increasing its fleet to enhance emergency services in the country.He said apart from assuring tourists of safety during emergencies, it would help promote critical emergency situations in remote areas where health facilities were not readily available.James Agyenim-Boateng, a Deputy Minister of Information, called on MDAâ€™s to use technology application to fast-track operations within the public sector.He said the world was now at a technological age, adding that MDAâ€™s must not be left out of the revolution.Isaac Owusu Mensah, Assistant Director of the Ghana Immigration Service in charge of the Kotoka International Airport, said the GIS, in collaboration with the Ministry of Foreign Affairs, had put in place measures to make visa application and acquisition easy for all visitors.Mr. Mensah said the GIS had also installed a data centre which would help to monitor people with fake documents and also provide records on the backgrounds of visitors.