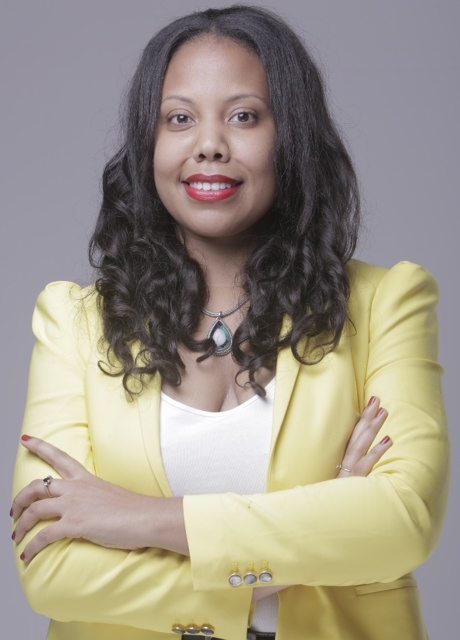 YouTube web series An African City is back for a second series and is due to premiere in January 2016, much to the delight of avid fan. For those of you that have been living under a rock since 2 March 2014, the 10-part series, which was the brainchild of Ghana-born Nicole Amarteifio, charts the experiences of five successful and professional women who return to Ghana from the US to settle.

As with most of the five leading characters in the show, Nicole was schooled and worked in the US before deciding to return back to Ghana. Her inspiration for the web series came from feeling tired about the single story told about Africa and its people, and wanting to challenge these stereotypes.

The series is unashamedly modeled on the US blockbuster Sex and the City and just like Issa Rae’s The Misadventures of Awkward Black Girl, it has enjoyed huge success on YouTube. So much so, that Nicole is embarking on a second season, according to a post on the show’s Facebook fan page.

Although Nicole has also been accused of playing up to stereotypes, she has made it clear from the start that she set out to write a story about Westernized African females. The series has comedic elements but also explores some of the social issues [sexism, affordable housing, corruption] still faced on the Continent. Her aim is to hold up a mirror to African society and draws on real experiences to reflect what many of us have experienced when going back home.

Ahead of the second series launch, Kirsty Osei-Bempong revisits an earlier interview with Nicole after the first series was aired in 2014. In the interview Nicole explores audience reactions to the web series, and her future plans. Let’s see how many have come to fruition in Season 2.

Kirsty Osei-Bempong: What has been the global response to An African City?
Nicole Amarteifio: What we’ve seen is people around the globe are ready for fresh new content from Africa. For so long, the story about Africa was poverty, war, and disease. So for somebody to come up with a story about five successful, educated, fabulous women ‘talking about sex all the time’, it was something different – something new.

KOB: And speaking of sex, how was that received in Ghana?
NA: First of all, all the talk about Ghana being conservative….whatever! All I know is that there’s a lot of people who come up to me and tell me that it’s their mothers that introduced them to the show. People stop me in restaurants in Accra and say ‘thank you’.

They are overlooking whether it is prudish or not conservative enough. They are looking at the fact that finally they feel that another story about the African woman is being presented. And because they relate to the girls, they are saying ‘thank you’ for making me and my story visible on screen.

I also think it’s about priorities – and asking the question of whether the conservative and non-conservative issue more important than allowing these women’s stories to become visible. Making their stories visible is more of a priority for many and those women have appreciated that from us.

KOB: You’ve successfully launched the series on YouTube, where next?
NA: Our first thought has been M-Net (A South African subscription-funded TV channel) which has dominated the TV space. And when you are a TV producer, that is your ultimate goal. What I’m only just learning is that there are so many networks around the globe that are interested in African content. So we will see……

At the same time, we have really enjoyed the web experience of putting content on YouTube. It has meant that wherever someone is in the world – if it is an African woman in Italy or Canada, she can access the show, and I love that. I also love the online conversation, whether it is good or bad, critical or positive. So there’s a part of me that is conflicted about traditional versus non-traditional media platforms when it comes to showing Season 2.

KOB: Longer term, what are the plans for the show?
NA: Setting aside budget constraints, I would love to see more African cities represented in the show. It would be lovely if the girls took a business trip to Lagos, a romantic trip to Kigali, or a conference in Nairobi. That is our ultimate goal.

KOB: Will we see men playing a more central role?
NA: Well, Nana Yaa will have a serious boyfriend and Makena will be dating Stefan. But I think it is okay if we focus on women.

Listen, African men have ignored us for so long, When the West writes books on the best African stories – most of those collections will be just stories by African men. When African men consolidate collections – ‘best stories out of Africa’, they tend to forget about African women. So I think it is okay if An African City has five female leads. It’s okay and I don’t think the show should apologies for that.

KOB: Could you see this show becoming a global brand?
NA: One of my favorite comments on YouTube was from somebody who wrote: ‘I’m a Puerto Rican American born in New York but live in Italy. What do I have in common with all these girls? Everything!’

That’s my favorite quote because it shows that it’s an African story or a story for African women but it’s a story that’s still for everyone. It’s a universal story and that melts my heart when I read that comment.