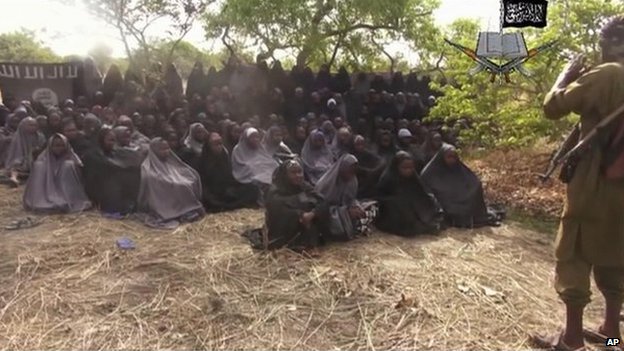 A deal for the release of some of the abducted schoolgirls in Nigeria was close to being secured when the Nigerian government called it off, the BBC has learned.

Some of the girls were set to be freed in exchange for imprisoned Islamist militants, reports the BBC’s Will Ross.

Boko Haram group snatched more than 200 girls from a school on 14 April.

Nigeria’s government is under pressure to do more to tackle the group and bring about the girls’ release.

Thousands of people have died since Boko Haram began a violent campaign against the Nigerian government in 2009 and in the subsequent security crackdown.

The BBC has learned that officials have held talks with the group to secure the release of the schoolgirls. 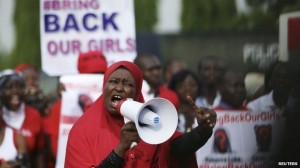 An intermediary met Boko Haram leaders earlier this month and visited the location in north-east Nigeria where the girls were being held, says the BBC’s Will Ross in the capital, Abuja.

A deal was almost reached to set some of the girls free in exchange for the release of 100 Boko Haram members being held in detention, our correspondent says.

But the government cancelled the planned agreement shortly before the swap was due to take place.

The reasons for the withdrawal are unclear.

It came just after Nigerian President Goodluck Jonathan attended a meeting in Paris hosted by President Francois Hollande of France where leaders said they had agreed a “global and regional action plan” against Boko Haram.

The girls, who were mainly Christian, were taken from their school in Chibok, in north-eastern Borno state and are thought to be held in a remote forested area of the state, close to the border with Chad and Cameroon.

Nigeria previously insisted it would not agree to free Boko Haram members in return for their release.

However, the information ministry had earlier said all options were on the table, after the group released a video of the girls earlier this month and suggested a swap.

The video showed 136 girls, and was interspersed with militants explaining that they had “converted” to Islam.

The UK, the US, China and France are among the countries to have sent teams of experts and equipment to help to locate them.

‘Morally bankrupt’Meanwhile, Nigeria is reeling from continuing violence – on Sunday, 24 villagers died in a raid by suspected Boko Haram militants.

On Saturday there was another bomb in the central city of Jos where earlier in the week 118 people had died in a twin car bomb attack blamed on the group.

A special day of Muslim prayers was held on Sunday in Abuja where the Sultan of Sokoto – the spiritual leader of Nigeria’s Muslims – said the country faced a crisis worse than the civil war in the 1960s as they were fighting an enemy without boundaries.

“What is happening in the country is a very serious case of terrorism; terrorism has no place in Islam… we must fish out those bad elements amongst us,” Muhammed Sa’ad Abubakar told worshippers.

But the sultan said Nigerians cannot hope for their prayers to be answered if they continue to be “corrupt and so morally bankrupt”.