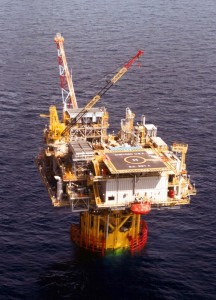 Tullow Oil is on course to pump the first oil from Ghana’s giant Jubilee field in the last quarter of 2010, a company official said on Wednesday.Â “We are 298 days away from pumping the first oil and so far everything is on target,” Anthony Djokoto, senior legal adviser at Tullow in Ghana told Reuters.The field is estimated to hold as much as 1.8 billion barrels of oil, and output could ramp up to 150,000 barrels per day within months of startup.Â Ghana, a major gold and cocoa producer, expects income from oil exports to significantly boost its economy.Djokoto said Tullow obtained the first part of certification from the Environmental Protection Agency on December 31. Â Â “Operationally and legally, we are on course,” he said.Â “We don’t see any obstacle or any legal hurdle that could derail this target,” Djokoto said when asked about the possible impact of the standoff between fellow stakeholder Kosmos Energy and state regulator Ghana National Petroleum Corporation (GNPC) on the intended production date.

GNPC is in protracted talks to acquire Kosmos’ stake in the Jubilee field, following reports late last year that ExxonMobil had struck a deal to buy the share from Kosmos for $4 billion.Â “We don’t see that affecting our operations in any way,” Djokoto said, adding major shipments of supplies for construction at the production site had been completed.Â In December, China Development Bank said it had agreed to lend GNPC money to pay for infrastructure projects in the Jubilee field, without giving details of how much the bank would be prepared to lend.