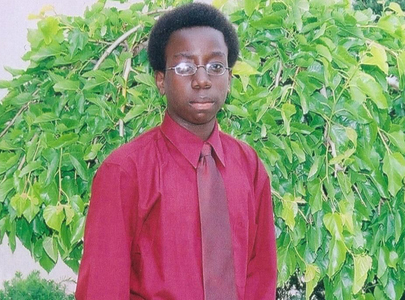 TORONTO – Kevin Boateng may have had his run-ins with police, but behind his tough facade was a warm heart, a “lovely boy,” his heartbroken family said yesterday.

The 18-year-old was found dying on busy Davenport Rd., just east of Old Weston Rd., less than a kilometre away from home, just after 11 p.m. Friday.

By Toronto homicide records, he will be remembered as the fourth to be slain this year. But to his family, he was simply a love of their life, stolen away too soon. “He was a humble boy, a very special boy,” his shaken mom, Abigail Boateng, said yesterday at her home. “He’s my love and I love him.”

Boateng — nicknamed Kasa — was found with a friend who wasn’t considered a suspect in his death, Toronto Police homicide Det.-Sgt. Steve Ryan said. Forensic investigators remained at the spot where he was found for more than 12 hours, but Ryan still wasn’t sure that’s where the stabbing took place.

“They were (walking) from somewhere,” Ryan said. That somewhere is the question.

His parents last saw him walking across the street with “an unknown male” at St. Clair Ave. and Weston Rd. around 8 p.m. Friday, Ryan said. What he did, where he went and who he was with after that time remained a mystery. The Grade 12 Bishop Marrocco/Thomas Merton Catholic Secondary School student found joy in soccer and basketball, uncle Philip Sarkodie-Addo said.

As a young boy, he had dreams of becoming a pilot. “He was a very lovely boy, very loved by all,” Sarkodie-Addo said. As he grew older and moved through high school, Boateng ran with the wrong crowd, his uncle said.

Then came the run-ins with police, but no criminal record. “In spite of all of this, he would help people,” Sarkodie-Addo said. Boateng attended church with his parents and three sisters — two older, one younger, his mother said. Overcome by grief, Boateng’s father could only say: “He was a good kid.”