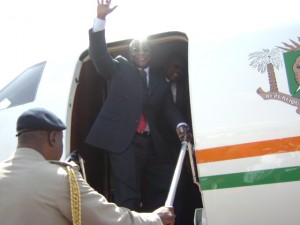 Ghana Television is expected to telecast live His Excellencyâ€™s address to the General Assembly between 09.30 hrs and 10.00 hrs on September 24, 2009.

The President will also meet with British Prime Minister, Right Honourable Gordon Brown and Mr. Robert Zoellick, President of the World Bank Group, for a discussion on â€œInvesting in our Common Future: Healthy Women, Healthy Childrenâ€.

President Atta Mills will leave New York on Friday, September 25, 2009, for Isla Margarita, Venezuela, to attend the second Africa-South America Summit which will end on the 27th.

His Excellency the President will be in Washington between the 28th and 1st of October for a number of engagements including a meeting with the Corporate Council on Africa â€“ a forum of top American Companies with operations in Africa.

In New York and Washington, His Excellency the President will interact with a cross-section of Ghanaians.