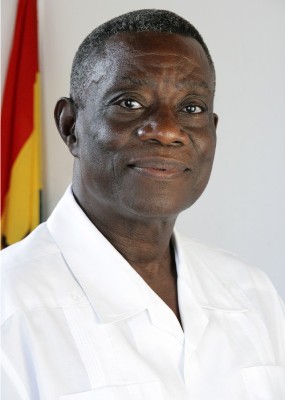 He urged the envoys designate, as frontline representatives of Ghana, to rise above partisanship and position Ghana to benefit immensely from the international endorsement of its political and socio-economic progress to improve the lives of Ghanaians.

President Mills made the call at the closing of a two-week induction course for 38 newly appointed ambassadors, high commissioners and one consular-general in Accra.

The President reminded the envoys-designate of the shift in Ghana’s foreign policy from the liberation of the African Continent to that of economic diplomacy.

He called on the envoys “to focus on the promotion of trade and to facilitate investment flows into Ghana, particularly into key sectors such as energy, agriculture and agro-processing, ICT, infrastructure development and tourism.

“We have no option but to give the people of Ghana the real change they voted for, so must not be champagne diplomats. Your effectiveness as representatives of the nation will be measured by the extent to which your tenure leads to job creation, helps us invest in our people, support the expansion of infrastructure, assist in building a strong economy, and lead to the building of a better Ghana,” President Mills said.

He said there was little doubt that Ghana had attained global recognition as a champion of democracy, sound governance, and a respecter of the rule of law on the African continent and beyond.

President Mills acknowledged that the world was paying greater attention to Ghana since the successful outcome of the December 2008 elections.

The recent visit to Ghana by President Barack Obama was a strong endorsement of Ghana’s political and socio-economic progress that has been conveyed to the international community, including the business world, about the potential the country offers as a safe investment destination, President Mills said.

President Mills cautioned the envoys designate to judiciously use resources entrusted into their care, reminding them that theirs was a privileged position to serve and market the nation.

“I therefore wish to remind you that your elevation to the high office of Ambassadors, High Commissioners and Consular Generals thrusts you in positions of trust and responsibility, funded by the taxpayer, and that Ghanaians will demand accountability from you during your duty tour…We have no option but to give the people of Ghana the real change they voted for,â€ said the President.

He reiterated his displeasure about reports on some of Ghana’s missions making undiplomatic and partisan comments about people who went there to seek assistance.

He reminded the envoys designate that he would not accept such conduct as he warned in London on his official trip to there recently.

“I did not accept such unacceptable conduct months ago, and I will not accept it in the months ahead. Be there for all Ghanaians, and not some Ghanaians,” President Mills said.

He said the search for greener pastures by young men who cross the Desert and the Mediteranean posed immgration challenges to the envoys and the diplomatic Missions.

President Mills said Ghana did not condone the violation of the immgration laws of any country, but asked the envoys to be concerned about the plight of its compatriots in the countries of their accreditation, and to explore ways of collaborating with their host authorities to find ways of ameliorating their plight.

He urged the envoys to conduct themselves above reproach, and thanked them for accepting to serve the nation.

Alhaji Mohammed Mumuni, Minister of Foreign Affairs, said the accreditation of the envoys were being processed, and urged dialogue between the Ministry ad the envoys in the discharge of their assignments.

Mrs Aana Ennin, an envoy-designate, thanked the President and the nation for the confidence reposed in them.

Spouses of the enoys deisgnate were present at the closing ceremony.