When an Afghanistan war veteran, known as TA to his friends, takes on the role of equerry to the Queen later this year, he will not only join a very small and exclusive club – there have been just 32 equerries during Her Majesty’s 65-year reign – he will also become the first black officer in British history to hold the title.

The timing of the high-profile appointment of Major Nana Kofi Twumasi-Ankrah is particularly significant as the Duke of Edinburgh will retire from official duties in the autumn.

This means that the Ghanaian-born officer from the Household Cavalry, who arrived in the UK with his parents in 1982 when he was three years old, is likely to become the most visible man by the Queen’s side in her public appearances by the end of the year.

The position is normally held for three years and a shortlist of suitable candidates is proposed from each of the Armed Forces in rotation.

Historically, the role was created for someone to look after the cavalry’s horses, but today involves acting as one of the Queen’s most trusted aides; assisting her with official engagements and welcoming high-profile guests to royal residences.

The appointment is a great honour and follows an exacting selection process to find an element of character described by royal insiders as “that little extra”. 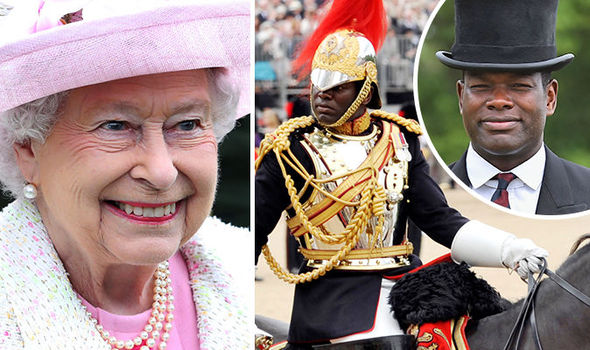 Equerries must have the ability to migrate into a new scenario without being fazed or awed. The final choice is the Queen’s on recommendation from her advisers.

Major Twumasi-Ankrah has been a pioneering role model since he joined the Blues and Royals following officer training at the Royal Military Academy Sandhurst and a degree at Queen Mary University of London.

“He would always make the impossible achievable,” a former colleague said of him.

After becoming the first black British officer to be commissioned into the Household Cavalry, the oldest and most distinguished regiment in the Army, he acted as escort commander for the wedding of the Duke and Duchess of Cambridge in 2011 and in the same year commanded the Blues and Royals taking part in Trooping the Colour.

“As a young child, watching her Majesty the Queen’s birthday parade on TV, I would never have imagined that one day I’d command the regiment which I’d fallen in love with,” he said during a 2011 Foreign Office documentary on Britain’s open and democratic society in which he discussed being the first black officer commissioned to lead 120 men and their horses.

Had he been told that at the age of 38 he would be about to embark on his prominent new role he would probably not have believed that either. 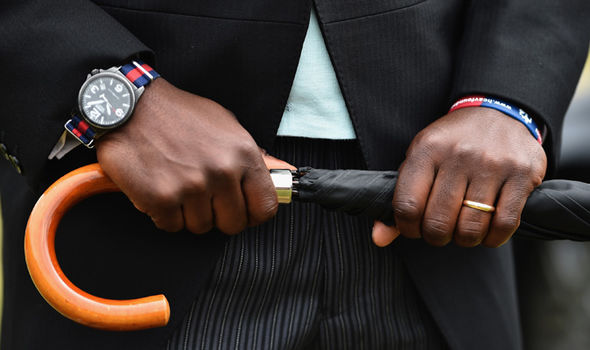 In his new position he can expect a certain intimacy within the royal household.

Wherever the Queen goes she takes her equerry and a lady-in-waiting. They work together to help put her guests at ease and are the first port of call for anyone being presented to the Queen, unless it’s a senior statesman or woman, in which case one of the senior members of the Royal Family will take on the first introductions.

The role extends beyond public appearances. If the Queen has house guests the equerry is there to assist in the hosting.

The position also involves dealing with the many areas of royal household activities, including logistics, cars and co-ordination with the police, to ensure everything runs smoothly.

The challenge lies in trying to ensure the Queen and her guests are comfortable, while remaining one step ahead of the process. 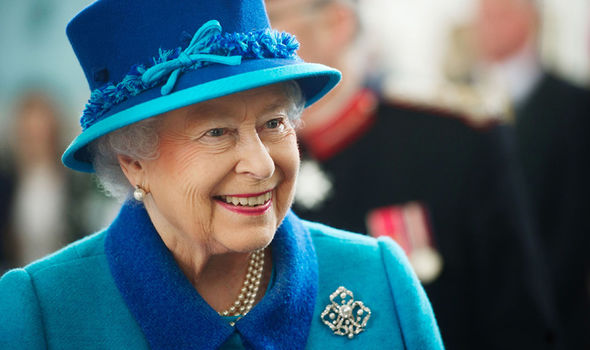 Good communication at every level is key to being an equerry, as is remaining composed in unusual circumstances, including proximity to the Queen, her family and visiting dignitaries.

The role requires immense discretion but has been associated with scandal, namely when Group Captain Peter Townsend, ship a divorced Battle of Britain pilot who served as equerry to George VI, became romantically involved with Princess Margaret who was 16 years his junior.

The relationship caused a furor when it emerged they wished to marry. The father of two helped Margaret to write the statement in which she announced that “mindful of the Church’s teaching” she would not marry him; a reference to his position as a divorcee

As for Major Twumasi-Ankrah, he is married to Joanna Hanna-Grindall, a British-born arts graduate, who works as a corporate partnerships manager at the Victoria and Albert Museum.

Many believe she never recovered from the disappointment of not being able to marry the man she loved. The couple have two young daughters. “From where I sit and from what I’ve seen in the UK, our cultures really do mix and intermingle,” he said. “And if I’m not a good example of that I really don’t know what is.”