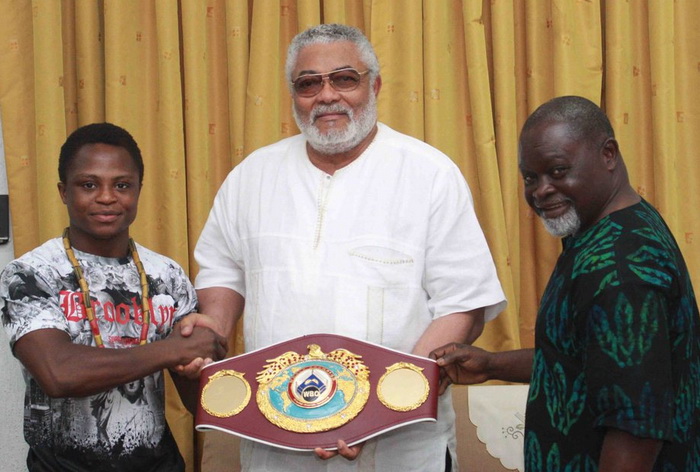 Dogboe, in a steely display of guts and resilience, snatched the title from holder, Jessie Magdaleno of the United States of America when the referee stepped in to stop the then champions suffering at the hands of his hungry-for-success Ghanaian challenger.

Dogboe, who suffered a first minute knockdown in the entertaining bout, rose up from that minute to dominate the fight, sending Magdaleno onto the canvas three times before the referee’s intervention at a minute and 38 seconds into the 11th round.

And in a tweet congratulating the new Champion, Rawlings, one of Dogboe’s key admirers and inspirations, said “Hard work and perseverance leads to success. You’ve made Ghana proud.”

Rawlings encouraged Dogboe to sustain his hunger for success to emulate the greatest, Azumah Nelson!

The diminutive 23-year-old orthodox boxer has now improved his record to 19 fights without blemish and with 11 knockouts.