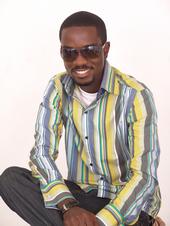 Even though the likes of Obrafuor and Kwaw Kese were good, Sakordie was just off the chain. When he was eventually introduced on stage by His Manager and arc radio presenter, Dr. Duncan, the huge audience at the trade fair was just too ready for him.

Looking at him from the press stand, he wore a fierce face as he poured out his lyrics and performed as if that was his last show. He was the only artiste that was able to keep the audience yelling uncontrollably from song to song.
In his brown polo shirts was inscribed â€œIâ€™m a rap addictâ€™ and he proved to be more that that. The Tema based young rap talent told the massive audience â€œIâ€™m so grateful for your supportâ€.
The annual Joy FMâ€™s old skuul reunion was also a celebration of Ghana music. Over 15 artistes were paraded on the giant stage to keep the over 10,000 people gathered at the Trade Fair Centre alive.
Some of the artistes that made appearances on stage were, Kontihene, Obuor and Ex-Doe.
Source: Ghanamusic.com