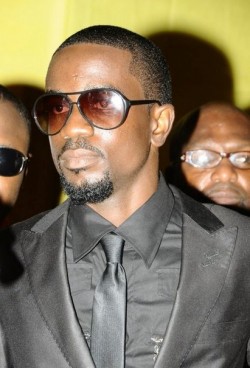 MTV Networks Africa has announced the nominations for the 2010 MTV Africa Music Awards (MAMA) with Zain and Ghana Music Awards reigning artist of the year, Sarkodie snatched one nod. He was nominated in Best Anglophone category. The nominations were announced at a star-studded celebration at De Marquee in Lagos, Nigeria, and in attendance were artists, nominees, celebrities and VIPs including 2Face, Sasha and Mo Cheddah.

Fally Ipupa scored the highest individual number of the nominations with four separate MAMA award nominations. The charismatic artist from the Democratic Republic of the Congo (DRC), who is also performing at MAMA 2010, has been nominated for Artist of the Year, Best Male, Best Video and Best Francophone. Barbara Kanambrought the DRC nomination tally to five with a first-time nomination in the Best Female category.
Four US mega-artists are to fight it out in the Best International category which sees Rihanna representing the gals against Eminem, Drake and Rick Ross in the ultimate urban music face-off.
Two new categories in 2010 have broadened the scope of artists eligible for the MAMA.

â€œThis yearâ€™s MAMA is even more representative of the growth of the pan-African music scene and the added emphasis on Lusophone and Francophone artists makes this the most exciting MAMA nominations race that we have seen so far. We congratulate all the artists on their nominations and wish them success on December 11th in. Lagos,â€ Commented Alex Okosi.