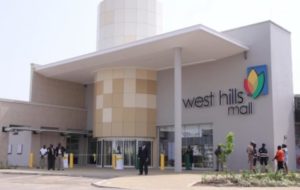 The outspoken Presiding Bishop of Lighthouse Chapel, Bishop Dag Heward-Mills has urged Ghanaians to appreciate the symbols of development around them and know that they are better off than people in several other countries.

He said “when you look at all the shopping malls coming up in the country for instance you can tell that we are living in a Better Ghana and we need to be grateful.”

Bishop Heward-Mills was delivering his Christmas Day sermon on December 25, 2014 at the headquarters of the church, popularly known as the Qodesh in Accra.

The Bishop is noted for his candid statements about the poor state of the economy, corruption, political hypocrisy and several other things going wrong in Ghana. So his Christmas Day “Better Ghana” statement got the entire congregation laughing out loud till he said “I am serious.”

He explained that recently Ghana has seen several shopping malls like the West Hills Mall, Accra Mall, Marina Mall, A&C Mall and others, which are all symbols of the developed world coming to Ghana.

“When you go to these malls you see that America has been brought to Ghana and that is obviously a sign of a better Ghana. It did not used to be so but now it is,” he said.

The Bishop also stated that recently he was in Guinea when Miss Guinea was crowned and her prize included a return trip to Ghana, which clearly meant that Guineans saw something in Ghana that they did not have in their country.

Dag Heward-Mills also said on a recent trip from Sierra Leone, he noticed that the Free Town Airport had only one aircraft sitting there, but on arrival in Ghana he saw several aircrafts belonging to various airlines at the Kotoka International Airport.

“Clearly this is another sign that we are living in a better Ghana,” he said. “In fact a wealthy friend of mine told me his two favorite cities in the world are Paris and Accra so we should not down play what we have.”

Earlier in his main sermon, the Bishop said it was wrong for Christians to be so spiritual and not live up to their responsibilities in the natural world.

He explained that when King Herod decided to kill baby Jesus, God asked his parents to run to Egypt and they did, and that was how Jesus was spared from the sword of Herod.

“If Joseph has said that because an angel spoke with him about Jesus being the son of God, that angel should have protected Jesus in Jerusalem, Jesus would have been killed because Joseph refused to play his part in the natural,” he said.

The Bishop therefore urged Christians to pay attention to what role they have to play in the natural to make the promises of God come to pass in their lives.

“We need to balance the spiritual with the physical – if God said you will be a doctor, you do not sit and fold your arms and become a doctor – you go to school and study hard before you become a doctor.

“If God said you will marry next year, you have to start being nice to people and start dressing good to look attractive – if you don’t, one year will pass and you will still remain single,” he cautioned.

Dag Heward-Mills also used the story of Noah and the Ark to explain that even though God promised to save Noah and family from the flood, Noah had to do hard work by building a big ark, convincing his family members, chasing after animals to get them into the ark and packing enough food for all the different kinds of animals into the ark in order for God’s promise to be fulfilled