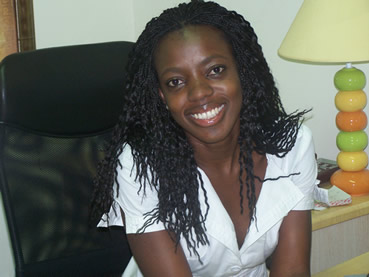 Director Shirley Frimpong Mansoâ€™s Sparrow Production has managed to get telecommunication giants MTN to explore the advantages in Ghanaâ€™s movie industry, years after MTN has done that with the countryâ€™s music industry.

The network is for the first time sponsoring Shirleyâ€™s new movie, â€˜6 Hours To Christmasâ€™. The terms of the deal are not made public but emphasis on MTN in some of the scenes in the movie tells the gravity of the deal.

In some parts of Accra, there are mounted billboards of the movie with MTN logos in bold display. The movieâ€™s poster also bears the official colours of MTN. This is not the first time Sparrow Production is being sponsored and MTN is not the sole sponsor of the movie this year. The productionâ€™s last movie, â€˜A Sting In A Taleâ€™, was sponsored by Merchant Bank and Kasapa.

Last week Tuesday, the movie was screened for the media to have a first-hand-view before it officially premieres on October 29 at the National Theatre.

It tells a captivating tale of a memorable 24th December for suave creative director Reggie (Chris Attoh), as his girlfriend promises him dinner and fireworks before the stroke of midnight.

Things however take an exciting turn for him when his office colleague and the girl he has lusted after for long (Damilola Adegbite) gives him a Christmas present he finds impossible to resist. As Reggieâ€™s mind goes into overdrive, events unfold into very hilarious and yet bizarre circumstances and it seems a day that started with the promise of Christmas may just end with a gun pointed at Reggieâ€™s head.

As usual, Shirley managed to wow her audience with her choice of cast by bringing Sana Tsikata, who is popularly known for her role as Marsha in â€˜Things We Do For Loveâ€™ TV series. She casted â€˜Tinselâ€™ television series star Damilola Adegbite from Nigeria, who, for the first time, is playing a role in movie.

The rest of the cast include Marian Lempogo, Nii Odoi Mensah and Benny Ashun. Shirley told Beatwaves’ that she would not talk about the movieâ€™s budget, but she was ready to say her last movie, â€˜A Sting In A Taleâ€™, had the highest budget since it was shot at locations outside Accra. â€œI just have to say that with each movie we do, we try to make it an improvement on the previous one. For example, the sound on this new movie is very good because we did a lot of automatic dialogue replacement (ADR).

We are trying to clean up properly so at least our movie can compete very well on the international stage as well. And so we are keeping the budget sizeable.

It is not an easy business because there is a very thin line between making your money and making a loss. So we try and keep it at a place where it is possible to make the money we spent on production,â€ she added.