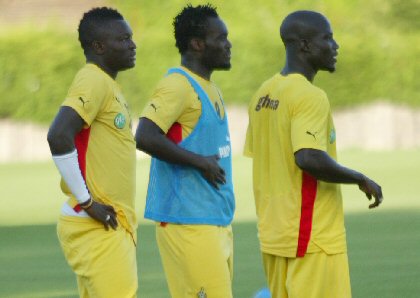 Val d’Oise, a suburb of Paris, France will host the national teams of Ghana, Ivory Coast and Cameroon before their departure for South Africa for the 2010 World Cup. The three sides, among the best in Africa, will train at the facility of CDFAS Eaubonne, a sports and recreation academy owned by the Val dâ€™Oise department.According to vonews.fr, a French news site, the centreâ€™s assistant director Philippe Demaret said: â€œWe are happy to host the three best teams from Africa, and I can confirm that Ivory Coast, Ghana and Cameroon will train at our Michel Hidalgo Stadium, which is already set to welcome these African stars.â€The players will be residing at the Hotel du Lac d’Enghien-les-Bains during their sojourn at the sports complex, according to vonews.fr.Ivory Coastâ€™s FA confirmed this arrangement to Goal.com but says nothing has been finalised