Tottenham boss Harry Redknapp has revealed he’s ready to offer terms to midfielder Stephen Appiah by the end of this week as the Ghana captain impressed in his first day of training. 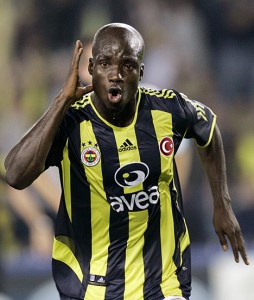 Appiah, who has been a free agent since the summer following a dispute with Turkish side Fenerbahce, looks set to be offered a deal until the end of the season.

The 28-year-old has suffered knee injuries in the past, but Redknapp is confident that will not be a problem and is hoping to arrange a deal.

Appiah impressed his new colleagues on his first day of training on Monday and Redknapp is sure a deal could be reached by the end of this week.

“I watched him an awful lot for Ghana – about six times – but I ended up taking Sulley Muntari because Juventus were asking Â£14million for Appiah,” said Redknapp.

“Appiah was the captain of Ghana. He played in midfield with (Michael) Essien and Muntari – that was their midfield.

“He was a terrific player but had a bit of a problem with his knee – and he went to Turkey. But he is fine now; he’s fit and looks okay.

“He is going to have a week’s training. We will have a chat with him; Daniel (Levy, Spurs chairman) will speak to his people and see what the deal is. He is a good player – if he is fit he’s a terrific player.”