The outbreak of Swine Flu in parts of the world will not pose any threat to the country, the Veterinary Services Department of the Ministry of Agriculture, has assured the public. Speaking to the Times yesterday on Ghanaâ€™s state of preparedness against any possible outbreak, the acting Director of the Department, Dr Enoch Boye-Mensah Koney said there is a surveillance system in place that conducts routine exercises along the countryâ€™s entry points. 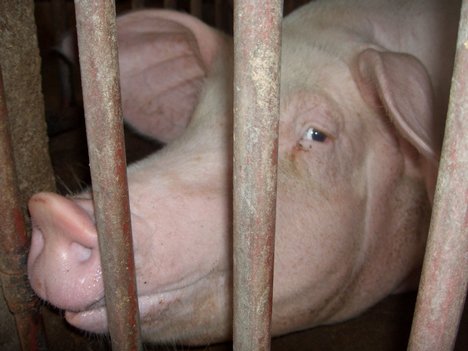 In the exercise, live or dressed birds and animals imported into the country are critically examined and those suspected of having flu are vaccinated.

Dr Koney said the main job of the department is to control and prevent animal diseases that are likely to be introduced into country, adding that this core function enjoins it to be proactive in its surveillance, monitoring and evaluation roles.

â€œWe have surveillance system that will detect anything within our territory in the shortest possible time,â€ he said.

Besides the department collaborates with the port authorities, the Customs Excise and Preventive Service, the Ghana Immigration Service, Ministry of Health as well as the Wildlife Department among other agencies, to constantly check, particularly, people entering the country.

At the entry points, he said, any person detected with flu would be quickly treated to avoid any possible transmission, according to Dr Koney.

â€œAs we speak now the disease is not in the country and as our core function we are determined to prevent any outbreak in the country,â€ he said.

From next week, he said the department will conduct surveillance along the Ghana Cote Dâ€™Ivoire border as part of its routine exercises against such outbreaks.

Dr Koney dispelled public fears that those who eat pork could be infected, saying the disease could be transmitted if one came into contact with infected pigs or through a viral infected air.

He said that explains why schools have been closed down and other public places banned in countries experiencing the flu.

Swine influenza is an acute and highly contagious respiratory disease of swine caused by orthomyxiovirus.

In Mexico, over 80 people are reported dead from the disease and the United States, New Zealand, France, China, Russia and Taiwan have begun planning to put anyone with the symptom of the deadly virus under quarantine.