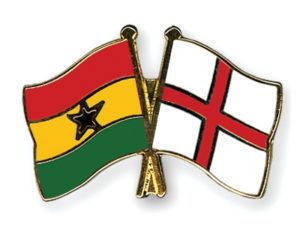 Accra, Jan. 24, GNA – The UK government is to give Ghana 36 million pounds of UKaid from the Department for International Development (DFID) to support the country’s budget.
A statement issued by the British High Commission in Accra on Monday said the money would be coordinated through the Multi-Donor Budget Support (MDBS) mechanism with 10 other development partners.

It said in health and education, by contributing to the Government’s budget, this UKaid support will help an estimated 3,000 women to give birth under the care of a skilled birth attendant; 5,000 children would be immunised against measles; 5,000 pupils would complete primary school and 33,000 children would enrol in primary school of which 6,500 to be in primary grade-one. DFID’s Acting Country Director, Mr Daniel Graymore, announcing the support, said: 93This commitment underlines the UK’s support for the efforts being made by the Government of Ghana to reduce poverty. “I am delighted that UKaid support will assist the Government to make real progress towards achieving the Millennium Development Goals through the provision of improved health, education, water supply and other critical services.”

The statement said the announcement was made after DFID had hosted a consultation with the Government of Ghana, civil society and business leaders on its development plans for the next four years in Ghana. Mr Graymore confirmed the UK Government’s commitment to spend 0.7 per cent of UK gross national income on overseas aid from 2013, and spoke of the need for increasing accountability and transparency of all aid flows and the Government’s financial management.

He also emphasised the importance of showing the evidence of the impact that development partners’ support could achieve in Ghana. The Department for International Development (DFID) leads the UK government’s fight against world poverty. UKaid is the logo used to demonstrate how the UK government’s development work is improving the lives of the world’s poorest people. DFID has been part of the Multi-Donor budget support (MDMS) since 2003.

MDBS has contributed approximately USD$2 billion to the Government of Ghana’s budget, since its inception in 2003 to 2009. In 2009, it was worth more than one-third of total aid to Ghana. DFID is providing A385m of UKaid support to Ghana from April 2010 to March 2011.