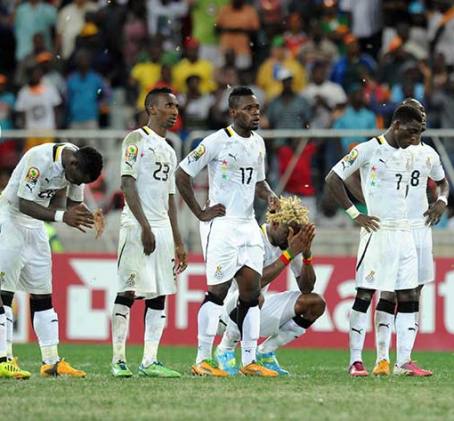 A late goal from defender John Brooks helped the United States to a 2-1 win over Ghana in their World Cup opener in Natal on Monday.

Supporters had barely found their seats for the Group G clash when USA captain Clint Dempsey found the back of the net after just 29 seconds at the Arena das Dunas.

But Ghana appeared to have earned a draw when Andre Ayew levelled proceedings eight minutes from time only for second-half substitute Brooks to head home the 86th-minute winner as the USA made a winning start in Group G.

The USA’s win – their first against Ghana in two previous attempts at the World Cup – was just the result Jurgen Klinsmann’s men needed following Portugal’s drubbing at the hands of Germany.

Ghana coach James Kwesi Appiah rewarded Jordan Ayew with a place in the starting XI after the young striker came off the bench to score a hat-trick against South Korea last week, while star duo Kevin-Prince Boateng and Michael Essien were among the substitutes.

There were no surprises for the USA, with Jurgen Klinsmann naming the same team that beat Nigeria in their final pre-World Cup match almost a fortnight ago.

Fans in Brazil had been treated to a goal glut since the tournament kicked off last week and it was no different on Monday as Dempsey stunned Ghana inside the opening minute.

The Seattle Sounders forward drove inside the penalty area, gliding past Ghana defender John Boye before placing the ball in the bottom far right-hand corner – the fifth fastest goal in World Cup history.

Jozy Altidore almost doubled the USA’s advantage in the 19th minute after Fabian Johnson’s low cross found the towering striker inside the six-yard box, but his attempt on goal was blocked.

It proved to be Altidore’s last bit of action after the Sunderland player was stretchered off the pitch two minutes later with a potential World Cup-ending hamstring injury – a blow to Klinsmann, who controversially overlooked all-time leading scorer Landon Donovan for the showpiece event.

Ghana did have chances to draw level before the break, the greatest of which came on the stroke of half-time as Christian Atsu found himself in space down the right flank and he squared the ball to Ayew but the 22-year-old completely fluffed his lines.

Asamoah Gyan – Ghana’s leading scorer during qualification with six goals – was also guilty of wasting a glorious chance 10 minutes into the second half after finding himself unmarked in the area, only to fire his header over the crossbar.

Boateng was introduced on the hour-mark and his substitution was an inspired one as the Africans started to dictate possession and tempo in search of an equaliser.

For all of the Black Stars’ possession, they could not find a way past goalkeeper Tim Howard, with the African nation lacking composure in the final third.

They were eventually rewarded for their sustained pressure in the 82nd minute courtesy of some lovely link-up play between Gyan and Andre Ayew.

A back-heel from Gyan inside the area paved the way for Andre Ayew to run in and slam the ball into the back of the net.

Ghana’s joy was short-lived, however, as defender Brooks rose highest to score from a corner with just four minutes of regulation time remaining.