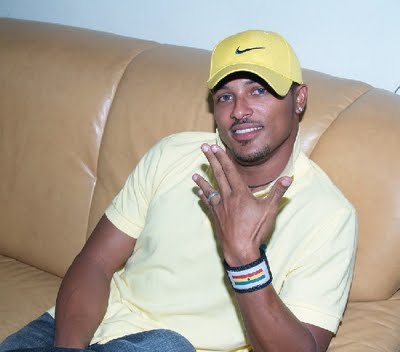 One of Ghanaâ€™s most talented actors, Joseph Van Vicker has revealed in an interview with Drive Time host Bola Ray that he is currently into directing and production of movies.

According to the smooth talking actor, he has always loved to be behind the cameras, saying â€œI know acting is a career but it has got a span, it can never go on for life but if you are a director or a producer, it has got a longer span compared to acting.â€

He has produced and directed two movies so far. The first-â€˜Friday nightâ€™ has been released six months ago. The second one he says will be released next year February.

This move he says does not mean he wants to quite acting, â€œI am still acting full time but I want to be in the lime light when it comes to directing and I donâ€™t want it to be late.â€

Van Vicker has featured in countless number of movies both in Ghana and Nigeria making him one of the most famous actors.

â€œ…I believe in being as humble as possible because itâ€™s an amazing thing for me to be huge but yet be so humble…It(lime light) has got advantages and disadvantages. The disadvantages outweigh the advantages…. â€

Van Vicker â€˜the Global citizenâ€™ as he calls himself is a Ghanaian, Liberian and a Dutch and was born on the 1st of August 1977 in Liberia which make people â€˜thinkâ€™ he is a Liberian. His dad is Dutch and the Mum is a Ghanaian from Elmina in the Central Region.

He is a â€˜quietâ€™ product of Mfantsipim, 1995 year group and was the â€˜Grounds and Academicsâ€™ prefect.

He is married to Adwoa and has three kids. He describes her wife as a wonderful woman who has been very supportive in all his endeavours especially when it comes to acting.

One time Hitz Video host on TV3, a cast of Suncity on GTV, had his film movie appearance in â€˜Devine Loveâ€™ produced by Venus Films. His only formal training in the movie arena was recently when he went to the New York Film Academy where he had a four-week training.

Van does not think the Ghanaian movie industry is â€˜dyingâ€™ as perceived by some people, â€œ…it has gone to a different level for the past three to four years. Itâ€™s better now, it is recognised worldwide. I donâ€™t think itâ€™s dying…â€

Asked if he will feature in a â€˜pornâ€™ movie, Van was quick to react by saying, â€œI am not ready for a â€˜pornâ€™ (entertainment) movie but maybe later. Playing nudity in Ghollywood and Nollywood is out of the question. If itâ€™s a Hollywood movie, it still depends on the way itâ€™s done. If itâ€™s done professionally and itâ€™s not supposed to look like porn.â€

He added that he knows itâ€™s tough for her wife when it comes to some of the roles he plays in most of his movies, â€œIf my wife gets jealous at any point, I will understand because if I were in her shoes, I will be jealous. I am totally with her when such issues come up and we talk about it.â€

Van agreed that whiles most Ghanaian movies are easily â€˜predictableâ€™, there are equally good ones out there.

He advised people not to get into the movie industry because of fame and money. You should go into it because you have the passion and potential for it, â€œexamine and re-examine yourself to be sure that that is what you really want to do.â€