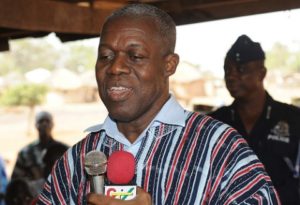 The sod cutting ceremony comes at a time when the country is wobbling under a protracted national power crisis which is adversely affecting individuals and industry.

The project is a collaborative effort between Cenpower Generation Company limited, an Independent Power Producer (IPP) with many international partners as well as major Ghanaian shareholders.

The 900 million dollar power project is expected to come on stream in 2017 and will subsequently be transferred to the Electricity Company of Ghana (ECG) after 20 years.

With the worsening power situation in the country, one of the measures government is counting on to solve the problem, is allowing for private sector participation in power generation.

The power plant being constructed is expected to run on gas and light crude oil. Officials say the project when completed will amount to about 10 percent of Ghana’s total generation capacity.

Chairman of the Cenpower Generation Company Limited, Nana Brew Butler said the initial fuel for the plant is guaranteed.

Partners for the project including Japan-based power producer Sumitomo Corporations were optimistic of the project’s promising prospects and hope it will help solve Ghana’s power situation.

Touching on the widespread effects of the frequent power outages in the country, Vice President Amissah-Arthur said partnering independent power producers is a demonstration of Government’s commitment to turning the situation around.