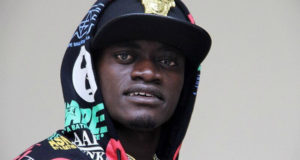 Actor, comedian and performing artist Kwadwo Nkansah performed for the first time in Amsterdam, The Netherlands on Saturday 29 October, 2016 at the Bindelmeer College.

Kwadwo Nkansah’s entrance was brilliant. Before he entered the auditorium, he was rapping while people were so eager to finally see him. In a twinkle of an eye, he came in dancing and  mounted the stage while a different song was being played. Fans were yelling when he finally appeared. Many of them ran forward to record him dancing.

Thereafter, he did a stand-up comedy and performed some of his music. Kwadwo Nkansah gave an outstanding performance. He also gave some words of encouragement.

Watch the highlights of the event here: