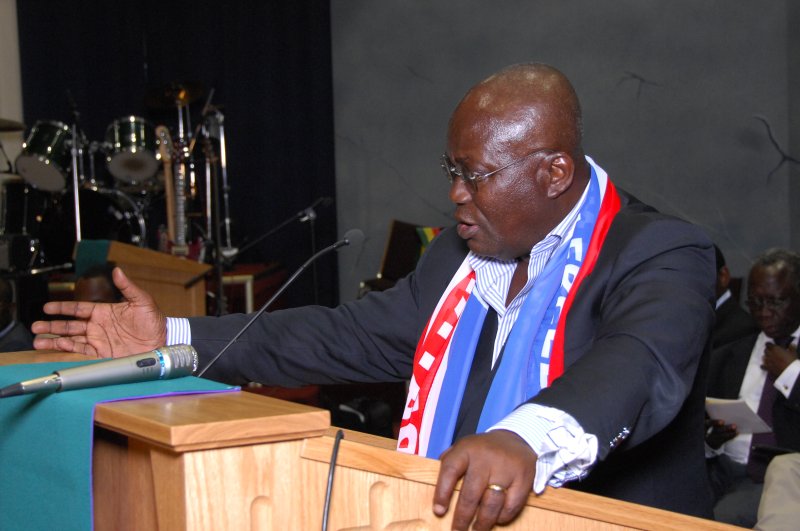 The presidential candidate of the New Patriotic Party [NPP] Nana Addo Dankwa Akufo Addo, has called on Ghanaians to effect a real change of government come 2016 general elections by voting massively for him as president.

He asked the citizenry who will be hitting the polls on the election day to cast their ballots to trust him as a competent leader who when given the power will serve the country with a clean heart and see to it that the country enjoys great economic transformation.

Nana Addo Dankwa Akufo Addo, made the call when addressing a massive crowd of Ghanaians resident in Canada at a town hall meeting in Toronto on October 26, 2015.

The town hall meeting which was organized by the NPP Canada branch in collaboration with the Toronto Chapter was to give the presidential candidate the platform to present his vision and mission as the party drives to power next year and also interact with the people.

“I am asking all of you Ghanaians to trust me Akufo Addo by giving me the power to serve as the chief executive and I assure you that I will serve the country with a clean heart and see to it that the country achieves the needed economic transformation that we all are yearning for” he made the call.
Nana Akufo Addo’s call received the deafening applause and the biggest standing ovation at the occasion which in unison the crowd replied him by saying,” you have our trust and support”.

What could be described as stampede happened immediately after ten minutes past seven where people started rushing into the main auditorium of the Ghanaian Presbyterian Church in Toronto as many were seen as coming straight from work to listen to Nana Akufo Addo.

Presenting the true picture of the situation back home to Ghanaians in Canada, Nana Akufo Addo pointed out that governance in Ghana presently is not good to speak about.

He challenged that,” All the economic indicators are poor, the 3.5 percent of Ghanaian economic growth as claimed by the NDC government is in doubt”.

According to him, there is a wide spread enterprise failures across the country because of the erratic power supply dubbed “dum sor dum sor” creating joblessness for army of young energetic men and women resulting in economic hardships.

He further challenged that Ghana’s economy is not growing and the 9.5 billion national debt from Nkrumah’s regime through to president John Agyekum Kufuor’s eight years in government has in seven years under NDC government has ballooned to 94.5 billion.

Therefore he asked Ghanaians to vote massively for him to come and form the next government to transform the economy by diversifying agriculture, industrial and manufacturing, develop bilateral trade relations with ECOWAS states to generate the needed revenue to develop the country.