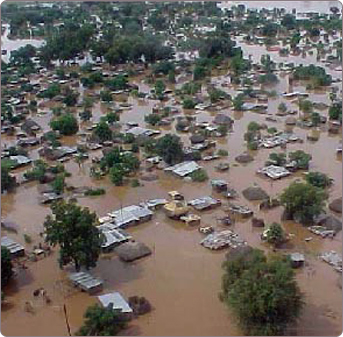 Torrential rains and flooding since June have affected 600,000 people in Ghana and 15 other West African nations, the United Nations has reported.

The worst hit have been Burkina Faso, Senegal, Ghana and Niger, said Yvon Edoumou, a spokesman for the UN Office for the Coordination of Humanitarian Affairs, or OCHA, in the Senegalese capital, Dakar. So far, 159 people have died, he said. Sierra Leone has also been hard hit, according to the UN.

The UN has not yet received reports of waterborne diseases, but a real threat exists of diarrhea or, worse, cholera.

The UN World Food Programme said on September 8 that it has begun distributing food to tens of thousands of homeless flood victims.

WFP has set a goal of feeding 177,500 people, mainly in Ouagadougou, the capital of Burkina Faso, where 150,000 people have been affected and key infrastructure – including a central hospital, schools, bridges and roads – has been damaged.