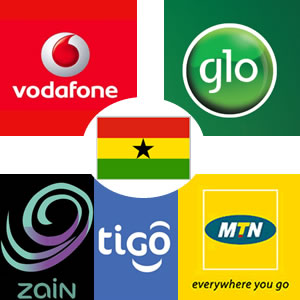 In the excitement aboutÂ Ghanaâ€™s Oil find; one sector which is seeing impressive expansion and â€œbig moneyâ€ deals is not getting as much attention as it should from Investors and commentators alike. I get regular emails from people enquiring about opportunities in the Oil & Gas sector in Ghana,whilst the Energy sector becomes saturated with foreign companies, ample opportunities exists in the Telecoms & ICT sector for both local and International firms.

Ghanaâ€™s telecoms sector has enjoyed a financial boost in the last couple of years, deals across both fixed and mobile platforms have brought some of the biggest operators in the world to the West African state.

The controversial sale of Ghana Telecom to Vodafone for a reported $900 million dollars and MTNâ€™s sale of 51% of its tower assets to American Towers for over $400 million are some of the well known deals that have been reported. However; there is a lot more happening on the ground with the government recently granting two Wimax licenses to operators in the country with a further three up for grabs.

The government has confirmed thatÂ Glo Telecom will be the sixth and last company to be granted a mobile license to operate in the country, with Glo expected to launch in the first quarter of 2011 some analysts are concerned the number of mobile operators in the country. MTN retains the largest market share of about 51.5% according to figures from the NCA.

A sure sign of maturity in the telecoms sector is the rush to outsource tower management and ownership to third parties as a means of diversifying revenue as focusing on core activities.It all kicked off in January 2010 whenÂ Millicom Ghana (Tigo Ghana) agreed to sell 750 base towers toÂ Helios Towers Africa (HTG), the deal was the first major sales/leaseback to be completed by major African telecoms operator and an independent tower company on the continent.

The George Soros backed Helios Towers already has a well established operation in Nigeria and is looking to move further into the Ghanaian market.Â Vodafone Ghana also signed a ten year deal with Eaton Towers to takeover the operations and co-location management of its existing tower infrastructure. The deal is reported to be worth $45 million to Eaton Towers,whoâ€™s directors are ex-Vodafone employees. MTN rounded off the deals for 2010 with their joint venture with American Towers raising $428million for the Mobile operator, Airtel is also actively looking for a deal to introduce its Tower business for which it is well known in India to the African market, and Ghana looks to be the first country that might benefit from Airtelâ€™s experience in tower management.

The National Communications Authority which regulates the telecoms sector has recently called for applications for licenses to build infrastructure, mostly communication towers. One would expect the existing tower companies in addition to Airtel to be granted licenses for further expansion. The tower business model is prevalent in India where the large population means mobile companies have to invest massively in tower infrastructure, but even the operators are still a bit hesitant about giving away full control of their towers compared to the US, where majority of towers are managed by third parties with American Towers and Crown Towers being the biggest players in the sector,

In order to prevent chaotic building of towers all over the country and to placate the citizenry who are nervous about the radiation effects of these towers, only licensed companies will be allowed to build and operate new towers, the hope is that the mobile networks will buy space from the newly licensed operators rather than build their own towers. Companies will have to pay an initial $25,000 fee in order to apply for the license and a final fee of $200,000 if their application is successfull.

The next battle for mobile operators in Ghana will be to discover other means of improving their revenues, no one knows this better than Airtel, whosâ€™ African operations are not making any money as yet. Airtel is actively looking to expand its role in the Tower business and expects to be given a license in Ghana to build several more towers which it hopes to lease out to other operators.

Whilst the opportunities to make money in the mobile sector in Ghana remain buoyant, the network operators are increasingly looking at other sources of revenue as theyâ€™re forced to cut call prices in order to stay competitive.

It is against this background thatÂ Mobile World Magazine is organising the:

It will be the first gathering where both operators and regulators will join officials from the Ministry of Communications to plot the future of the telecoms industry in Ghana.

Issues such asÂ Mobile Number Portability, International Gateway taxes and improving rural connectivity will all be discussed at the summit. The role of infrastructure companies in the development of Ghanaâ€™s telecoms sector will be one of the key issues to be discussed by the delegates. The summit which is being chaired by DrEkwow Spio-Garbrah the outgoing chairman of the C.T.O and former Minister of Communications for Ghana will also explore growth strategies for the ICT market in Ghana and what role investors can play in driving this growth.

This has been a great year for the telecoms sector in Africa and Ghana especially, 2011 will be the year Investors look to recoup their investments. Mobile Applications,Â Mobile broadband and continued expansion in telecoms Infrastructure will be some the areas to watch over the next 12 months.

The NCA is also expected to confirm the five companies granted Wimax licenses to operate in Ghana. With the NCA (Regulator) now run by a former Investment banker it is hoped that relationships between operators and the regulator will improve and issues such as the International Gateway Tax, Sim Registration and Number Portability will be resolved amicably.