Glamour, skyscraper-heels, complicated relationships and the struggles of forging a professional career in the big city are not things the international community often associate with Africa’s working women.

But online TV show, ‘An African City’ (dubbed Ghana’s answer to HBO series, ‘Sex and the City’) has all of the above. It brings to life, albeit in an over-the-top fictional way,stories of women from African families who relocate to the continent after being raised abroad.

Its frank portrayal of sex, the challenges of working in a developing country, and its focus on wealthy, highly-educated ‘returnees’ has drawn an army of ardent fans — and critics. The premise is simple: women (and men) from West African families brought up in the US, Europe, or even further afield, flocking back to the continent in search of better careers and a better lifestyle.

“I created the show to encourage those in the diaspora to return. I’m like the Marcus Garvey of 2015,” said its creator, Nicole Amarteifio, with a tongue-in-cheek reference to the architect of the early twentieth century ‘Back to Africa’ movement. The challenges she faced when she moved from Washington DC in 2005 became the backbone of the show.

Amarteifio said she has tried to build a convincing argument for the huge potential on the continent and is one of a growing group trying to encourage people of African heritage to look at opportunities ‘at home’.

For the current generation, moving home has little to do with making parents or grandparents proud. Rather, it reflects a relative lack of opportunity for young people in their adopted home job markets. This repatriation is mirrored in other countries too, such as India, where a whole generation are being lured back driven by waning opportunities for them in developed economies.

And despite recent instability, Ghana’s economy continues to draw young professionals back to the country their parents left. The Ghana Immigration Service doesn’t keep statistics on returnees, largely because most have duel-citizenship and don’t need to have visas or register.

But, experts say that some returnees who moved to Ghana when it was one of the-fastest growing economies in the world have left as the economy has faltered, and as multinational companies have reined in generous expat compensation packages.

Despite this, many have stayed, because they can achieve things in Ghana they wouldn’t have the opportunity to do abroad, and ultimately, they say, it’s still home.

For some from the diaspora, moving is ultimately rewarding said Amarteifio. Even if they don’t have much of a connection with the country before they arrive, Ghanaians born and raised abroad arrive with professional skills in high demand in fields like medicine and finance.

“Being a change-maker is just so much more plausible in an emerging country,” Amarteifio said. Some ‘returnees’ find that they can start their own businesses or climb the corporate ladder a lot faster than they could in the US or UK.

But on the flipside, returnees often struggle with the less glamorous side of life in a new city — everything from the unpredictable cost of groceries to the country’s frequent power cuts.

Frogs in the living room

For Leticia Browne, moving to Ghana was a nightmare. Browne, who is in her mid-30s, worked in business development in London, and landed a high-profile job in Accra, the country’s capital, four years ago. Relatives promised to help her out with a house and a car. But “the moment I moved here, everything went wrong,” she said. She flew in on a Saturday with plans to start work the following Monday but discovered her car had broken down, and the house she was supposed to move into was half-built.

She quickly realised renting a modern flat would cost everything she’d saved. “Everything that’s nice, that’s UK standard, costs $3,000 a month,” she said. Worse, landlords typically want two years rent up front. When she finally found a place that was in budget, the house was a wreck.

“It had been empty for years. There were frogs in the living room, and the plumbing was out,” said Browne. “When I think back, sometimes it brings tears to my eyes.”

She found chasing opportunity in Ghana’s business world as hard as finding a place to live.

“I just thought there was so much more opportunity here. Ghana at that particular time was the shining star of Africa,” said Browne who was born in London. “When you try to operate in corporate Ghana and start building business relationships and establishing networks, that’s when you realise you’re an outsider.”

The turning point in her experience came when she started spending time with other returnees who were struggling with the same challenges. Through those relationships she was able to make friends and network. Browne is now head of investor relations at the Ghana Angel Investors Network, where she works with high-net-worth Ghanaians, and analyses pitches from start-up companies.

Costs can also feel prohibitive for expats and returnees alike. Cocktails and an Italian meal in Ghana, for instance, could set her back 200 cedi ($53), explained Browne.

“If I’d had the foresight (to understand) how hard it is to live and work here, I wouldn’t have done it,” she said. Ultimately, though, she’s glad she did. “I don’t want to go back because I feel like I’m missing my creature comforts or financial stability. I moved here because I wanted to have an impact, because I wanted to see change, that’s why I keep hammering away.”

Emmanuel Gamor is blunter about his motivation and why he feels there are greater opportunities for him in Ghana. “There are so many things that I could do here as a black man that I can’t do in the States,” said Gamor.

Since moving in 2012 back from Virginia in the US, Gamor, 30, has worked for Google, YouTube and Nestle, which all have offices in Accra. He’s currently the director for digital innovation at a co-working space for start-ups called Impact Hub Accra.

Gamor got those jobs, he said, by realising that, in Ghana, a CV isn’t enough. “As soon as I came to Ghana, I realised my value, and I realised that jobs would not necessarily pay you your value,” Gamor said. “What I did was use each job as a showcase for the next,” so his reputation started to precede him and employers noticed, he said.

Gamor’s move back was a response to a family emergency, when his father fell into a coma. Gamor left his mother and sisters in the US, to be with his dad. Unlike many returnees who come home to extended family, Gamor found himself largely alone when his father died the following year. 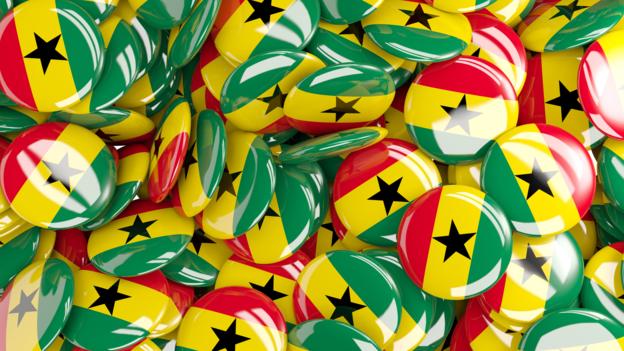 “That left me with a lot of responsibilities, house, property, all kinds of different things,” he said. So instead of relying on family, Gamor, who went to a prestigious secondary school in Ghana before moving to the US to finish high school, got in touch with alumni of his Ghanaian school, and joined networking groups for Ghanaian and international expats.

Understanding how Ghana works has helped Gamor get used to the rigors of life in West Africa.

“It’s been incredibly difficult, but it’s also been incredibly rewarding,” added Gamor, who said living in Ghana has led to unique experiences, like being on a panel at the World Economic Forum in South Africa this year.

There were bigger problems for Lorissa Akua, 30, a former South London social worker. She moved to Ghana to become a real estate developer in 2014.

“I was staying in a family hotel and armed robbers took us hostage,” said Akua, who escaped unharmed. “I can’t say I’ve met lots of people who’ve had armed robbers come to their house, but it happens.” 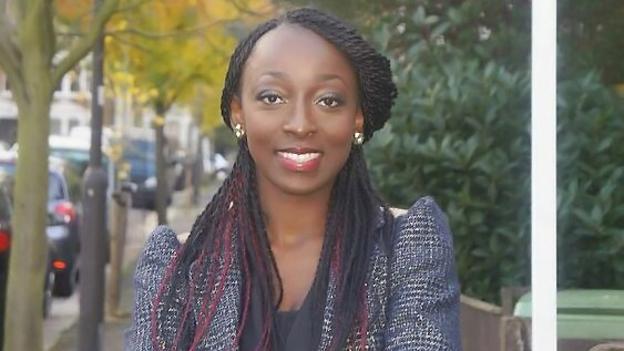 While home invasions are becoming less common in Ghana, the often slow police response to crime is one of the realities new arrivals might have to come to terms with. Many homes are surrounded by electrified razor wire and patrolled by security guards.

In the end that didn’t deter Akua, who fell in love with Ghana during a summer trip to visit family when she was a teenager.

Challenges in Ghana are mitigated by opportunities for Akua. She said setting up her construction company has been relatively easy, compared to acclimatising to Accra. “There’s no way I could build six apartments in the UK,” she said. While she owns property in London, she has to worry about mortgages. In Ghana, she can own outright.

“What drew me in is I feel a sense of freedom,” said Akua. “You can dream of something, and you can actually achieve it if you play your cards right.”