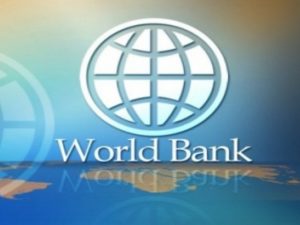 The World Bank Group continues to deliver $15.3 billion to sub-Saharan African countries for development from July 2013 to June 2014, in support of shared prosperity and increased efforts to reduce poverty. The Bank Group sustained its strong commitment to Africa by delivering $10.6 billion as new lending for 160 projects this fiscal year.A release received by the Ghana News Agency on Thursday said states that the Banks commitments would include a new record of $10.2 billion in zero-interest credits and grants from the International Development Association (IDA). This is the World Bank’s fund for the poorest countries and the highest level of IDA delivery by any region in the history of the Bank.It said International Finance Corporations (IFC) worked in the private sector in Africa during Fiscal Year 14 which focused on bridging the infrastructure gap, promoting a productive real sector and leading inclusive business approaches to help drive growth and job creation.“IFC investments on the continent amounted to over $4.2 billion, with over $3 billion committed in IDA countries and almost $800 million in fragile and conflict-affected states and $55 million spent on Advisory Services programs in the region, 96 per cent of which was distributed to IDA countries,” the statement said.It said in fiscal year 2014, Multilateral Investment Guarantee Agency (MIGA) issued guarantees of $515 million in support of projects in oil and gas, power, services, and telecommunications sectors, whiles the Agency also teamed up with the Overseas Private Investment Corporation to establish a $350-million political risk facility that would support planned investments in sustainable agribusiness in 13 countries throughout sub-Saharan Africa.It explained that the Bank Group worked collaboratively to tackle development challenges and focused on regional projects in sustainable energy, irrigation, water management, and food security, and also on job training programs for youth, preventing malaria and other tropical diseases and on social protection for poor families across the region.The statement said in fiscal year 14, the Bank Group focused its efforts to act quickly and effectively in emergency situations across Africa in response to the crisis in Central African Republic, the Bank delivered emergency development funds of over US$70 million to help restore key government services and to support food distribution and health services, whiles major regional initiatives focused on the challenges of fragility and conflict.In November 2013, World Bank Group President Jim Yong Kim pledged $1.5 billion which came as a historic joint trip to the Sahel with UN Secretary-General Ban Ki-moon, to boost economic growth and lift the people of the Africa Sahel Region out of devastating poverty.“Sub-Saharan Africa is blessed with large hydropower resources that can create electricity, yet only 10 per cent of its potential has been harnessed. Boosting access to affordable, reliable, and sustainable energy is a primary objective of the Banks Work in Africa,” the statement stated.During the fiscal year 2014, the focus is on developing hydropower potential and providing new forms of sustainable power to increase energy production to benefit millions of Africans.In support of this, International Bank of Reconstruction and Development (IBRD), IFC, and MIGA combined forces under a joint Energy Business Plan for Nigeria to support Nigeria’s energy reform program and help increase installed generation capacity by about 1,000 MW while mobilizing nearly $1.7 billion of private sector financing for Africa’s largest economy.The World Bank, IBRD, IFC and MIGA have supported countries like Burundi, Rwanda, and Tanzania in hydropower projects to increase electricity generation capacity. The Bank also supports country-led efforts to improve agricultural productivity by linking farmers to markets and reducing risk and vulnerability, increase rural employment and make agriculture more environmentally sustainable.As one of the largest financiers of higher education in the region, the World Bank is mobilising its knowledge and leadership behind countries to champion education. Therefore the World Bank’s new $150-million Africa Higher-Education Centers of Excellence project is funding 19 university-based centers for advanced education in West and Central Africa.The statement assured beneficiaries that, it will support regional specialisation among participating universities in mathematics, science, engineering and ICT to address regional challenges.According Mr Makhtar Diop, World Bank Vice President for the Africa Region, Africa is making significant progress and at the World Bank, “we are stepping up the momentum to innovate and think big in order to help our clients achieve their development goals.”