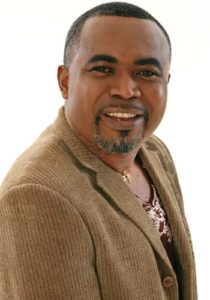 Actor and evanglist Zack Orji, is one of the judges of the Goodwill Ultimate Talent Show (GUTS), a charity reality TV show, first of its kind in Nigeria. GUTS is meant as a fund raising campaign to raise 1.2 billion naira to build the first school for the less privileged children, Elderly Nursing Home and a Vocational Course Centre in Nigeria. Foundation for the elderly and the poor has been in the forefront in helping the less privileged children to reach their potentials by enrolling them in schools or paying their school fees and this project is a continuation of that good work. The talent show will be held at the International Conference Center in Abuja, Nigeria.

When I asked Zack Orji what led him to become one of the judges of GUTS, he said: “I’m always interested in any talent show, that enables young people to exhibit their talent. So when I was told about it, I got interested. I got interested because it’s a great opportunity to get access to a lot of young people and then use that opportunity to mentor them, and help them get a new direction in life and make something out of their lives.”

Moreover, I asked him what people can expect from the show. “First of all, people can expect to watch a show that will provide a veritable source of entertainment to them. It will also be an opportunity for those who have talents and skills and are not bold enough, to come forth and exhibit them. It also gives them an opportunity to see other people doing that and say to themselves: ‘Hey! This could be me!’. And that will also encourage them to come forth any other time there is an opportunity to express their own talents to do so because there is something to win. The show also promises to be very good content for television and for those people who are looking for very good content to buy for their television channel,” Zack Orji said.

When I asked him what advice he will give to people who want to register for the show, he said: “I will say that they should watch out for posters and listen to the radio for the media promotion of the show and then go forth and register without any hesitation because it will give them an opportunity to win something. So anybody who watches television, listens to the show, walks around, sees the posters, should not hesitate to go and register for the show.”

The other judges are Francis Odega, Oge Okoye and Amanda Ebeye while the host of the talent show is Tchidi Chikere.

The registration ends on 24 April. Auditions commence on 7 May. In case there are new dates of the former and latter, they will be published on the organisation’s website.

How to register
Registration costs N3,000. You can fill an online form after making payment (Audition form)

After the cash payment, send your name, phone number & teller number to 09054549234 or info@goodwillultimatetalentshow.org for verification.

Apart from the show, there is an opportunity to win fantastic prizes.
Some of the prizes are a Toyota Corola (2014 model), laptops, ipads, phones, t-shirts, face caps, biros and recharge cards.

You can buy the scratch cards online or in stores for N300.

The scratch cards are available in all Habib Yoghourt Stores nationwide.

Moreover, they are available in Abuja at the following locations:

The scratch cards are also available in Kano: