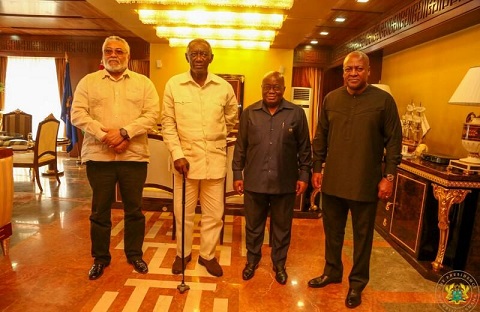 President Akufo-Addo Wednesday April 18, 2017 had a fruitful meeting with the three former presidents of the republic —Jerry John Rawlings, John Agyekum Kufuor and John Dramani Mahama, the presidency said in a communiqué.

The purpose of the meeting was to offer the president the opportunity to seek their views on some governance-enhancing measures his administration intends to take. 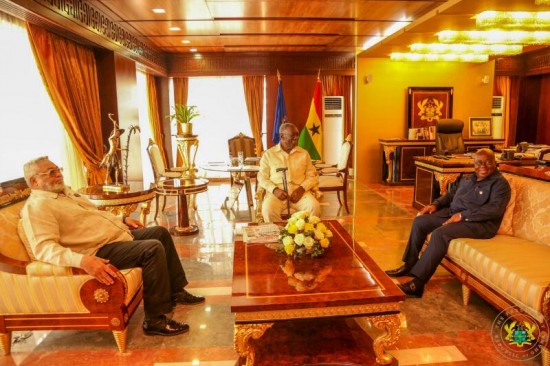 In his Inaugural speech on Saturday, January 7, 2017, President Akufo-Addo stated that “I am in the unique position of being able to draw on the wisdom and experience of three former Presidents of the Republic, their Excellencies Jerry John Rawlings, John Agyekum Kufuor and John Dramani Mahama. They represent the continuity of the institutions of our Republic, for which we thank God.”

This statement was reiterated in his message to Parliament on the State of the Nation, on Tuesday, February 21, 2017, where he said that “I am in the enviable position of being the first Ghanaian leader to be able to draw on the experiences of three living, former Presidents. This should, definitely, enrich my tenure of office.”

The meeting, which lasted for two hours, was held in a good atmosphere, one of frank exchanges and mutual respect. It is the intention of President Akufo-Addo to have further meetings with the three former Presidents in the future.