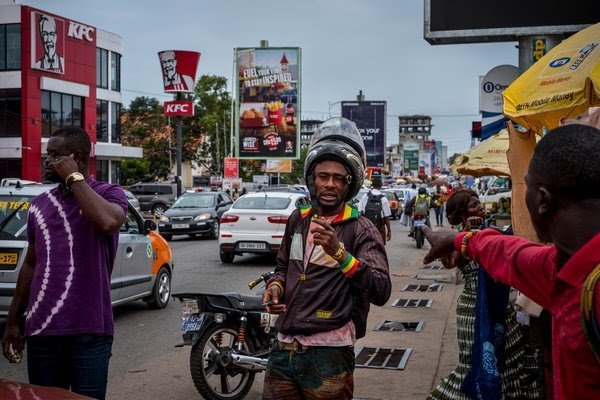 TEMA, Ghana — As recently as the 1980s, the West African nation of Ghana was in crisis, crippled by hunger after a series of military coups. But it has held peaceful elections since 1992, and its economic outlook turned considerably brighter about a decade ago, with the discovery of major offshore oil deposits.

Now, as oil prices rise again and the country’s oil production rapidly expands, Ghana is on track to make a remarkable claim for a country mired in poverty not long ago: It is likely to have one of the world’s fastest-growing economies this year, according to the World Bank, the African Development Bank, the International Monetary Fund and the Brookings Institution.

Its projected growth in 2018, between 8.3 and 8.9 percent, might outpace even India, with its booming tech sector, and Ethiopia, which over the last decade has been one of Africa’s fastest-growing economies thanks to expanding agricultural production and coffee exports.

According to the I.M.F.’s projections, only Bhutan, with a minuscule economy, and Libya, whose war-ravaged economy plunged in recent years, may have a higher rate of growth this year.

And oil is not the only resource helping to drive Ghana’s economy. Cocoa is Ghana’s other natural bounty, and producers are piggybacking on the oil boom.

Edmund Poku, the managing director of Niche Cocoa, said his processing factory in Tema, an industrial suburb of the capital, Accra, already has contracts to sell all of the powder, butter and chocolate bars it plans to make in 2018. 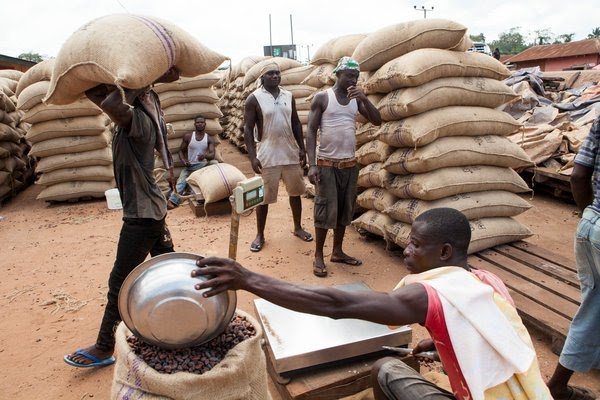 “This is the first year we’ve done that,” Mr. Poku said as employees in white lab coats ducked into his office from the factory floor for the day’s marching orders.

His factory embodies the goal of economists and technocrats across Africa: a local enterprise that offers hundreds of well-paid, skilled jobs and uses cutting-edge technology.

Mr. Poku has doubled his factory’s capacity in the last two years and plans to hire another 100 workers this year. He predicted other business sectors would also have the opportunity to expand.

“Once people see that the economy is growing, banks and investors will be more willing to see Ghana as a good place to make investments,” he said.

While the country is on a roll now, economists and other experts have urged Ghana to avoid the so-called resource curse that has plagued other nations that rely too heavily on the extraction of petroleum and minerals — industries often associated with graft and corruption.

President Nana Akufo-Addo, who was elected in late 2016 on a wave of discontentover the economy, has pledged to heed that advice, and to funnel oil revenues into education, agriculture and manufacturing, to diversify the economy.

In his recent State of the Nation address, Mr. Akufo-Addo called the agriculture industry the “backbone” of his development agenda and said that factories like Mr. Poku’s have been the “takeoff point for industrialization in most developed societies.” He said he also plans to expand incentives for cocoa processors. 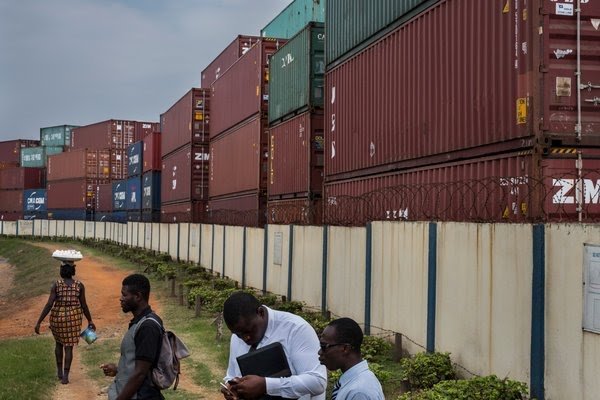 Cocoa sales are helping lift Ghana’s agriculture sector, which at the end of last year posted its best quarter of growth since 2010, driven by a bumper cocoa crop. Cocoa prices, along with prices for another of Ghana’s exports — gold — are rising again.

The cocoa processing industry is expanding to take advantage of an influx of raw beans, said Eric Amengor, the deputy research manager at the Ghana Cocoa Board. Applications for permits to build new factories are flooding in, he added.

But critics say that a program to set up new factories across a range of industries — one in each of Ghana’s 216 districts — has been slow to get started.

Growth in industries like finance and health care has also lagged, in part because government investment has been restricted over the last few years, in order to correct for years of overspending. After an initial oil boom in 2011, an overextended public payroll and increasing debt interest payments drove the country into a deep budget deficit when oil prices fell.

But today, Ghana seems to be getting back on stable budgetary footing, analysts said.

While the long-term goal is to diversify the economy, the main reason behind all the current optimism in Ghana is still oil.

In the last 18 months, two major oil fields off Ghana’s coast have started production. In 2017, production jumped to nearly 60 million barrels, resulting in oil export revenues 124 percent above the previous year, according to central bank statistics.

In September, Ghana won an offshore boundary dispute with neighboring Ivory Coast, which is expected to clear the way for further oil exploration. Exxon Mobil signed an exploration deal with the government in January.

The boom has some experts worried.

“If you suddenly see a resource bonanza coming, there’s a tendency to spend money you don’t have, and that has been the case in the Ghana situation,” said John Page, a senior fellow in the global economy and development program at the Brookings Institution. 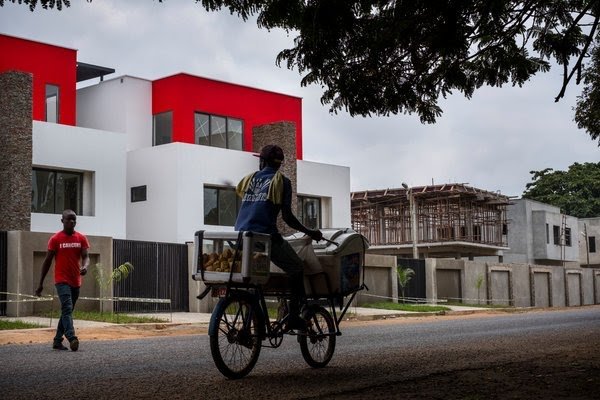 At the same time, Mr. Page cautioned, if the Ghanaian currency strengthens as a result of oil exports, it could place domestic manufacturers at a disadvantage to imports and lead to a slowdown in manufacturing investment.

What happens in Ghana could hold lessons for other West African countries, including Senegal, which recently announced discoveries of oil and gas off shore, and Mauritania, which has signed an exploration deal with Total, the French oil company.

While Ghana may have a shot at claiming the title of fastest-growing nation this year, it will still have to prove it can parlay its oil boom into high-quality jobs and sustainable growth.

“It’s our hope that our leaders can use these resources strategically,” said Alhassan Atta-Quayson, an economist at the University of Education in Winneba, in Ghana’s western coastal region, not far from the offshore oil wells. “So far, not much has been done. You don’t feel the effect of Ghana being an oil-producing country.”

Across the nation, many ordinary citizens feel left out of the economic expansion.

The unemployment rate, although below the average of 7.4 percent in sub-Saharan Africa, increased from 4 percent in 2011 to 5.8 percent last year, according to the World Bank. Among youth, the rate is as high as 11.5 percent.

On the streets of Accra — where the population has increased by nearly one million in the last decade, to 2.7 million, as people pour in from the countryside in search of work — optimism can be hard to detect.

Kekeli Aryeetey graduated from Pentecost University College in Accra several years ago with a degree in finance. She was laid off from a microfinance firm, and then from a travel agency, before deciding to open a shop selling bulk rice and palm oil.

As a student, she imagined her future in an air-conditioned office with a decent salary and annual vacations. Her income now is about $67 per month, below the national average of $115. She is waiting for the oil money to trickle down.

The government “speaks very big,” she said, “but in terms of our daily activities, I don’t see anything. You can go to school, get a qualification, but it’s not enough. We’re still struggling for jobs.”